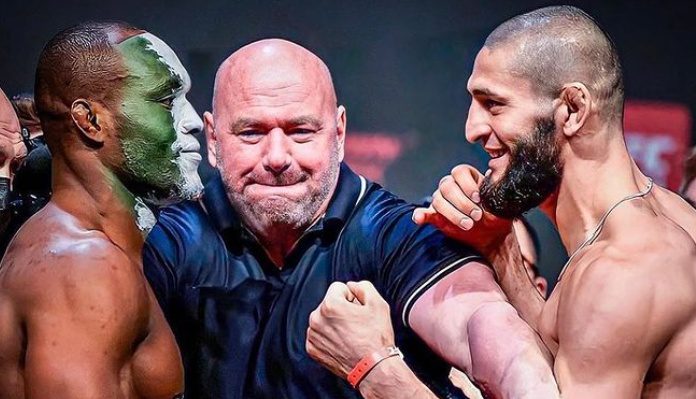 UFC welterweight champion Kamaru Usman has shared some words of advice for Khamzat Chimaev after his UFC 273 win.

It was on April 9th, 2022 that Khamzat Chimaev (11-0 MMA) defeated Gilbert Burns (20-5 MMA) to keep his winning record alive. The 27 year old Swede has become quite a fan favorite and is on the fast track in the welterweight division.

In speaking with ‘TMZ‘ about the fight and Chimaev’s success Usman had this to share: 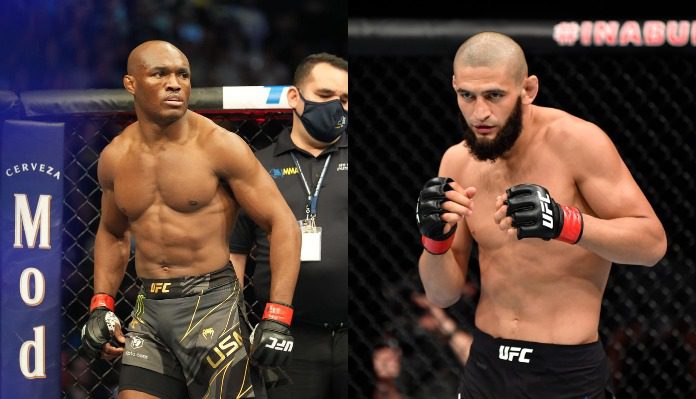 In speaking about Chimaev’s confidence and the media surrounding the fighter, Usman continued with some advice for Khamzat:

“I think it’s the media’s fault. The media kind of builds you up, and then they drop you the moment that you don’t live up to that. If I had a word of advice for him, it’s just to not get caught up in that because it kind of seemed like that was starting to happen. Don’t get caught up in that because not every day is your day. At one point, someone’s going to come in, and it’s gonna be their day.”

“He has gone out there, and he beat the No. 2 guy in the division. He got the W, so it’s very difficult for me to say no, he doesn’t deserve anything. He’s gone up against Gilbert Burns and was able to go out there and do what he needed to do. I take nothing away from him. If that’s the fight then that’s the fight. If that’s not the fight then that’s not the fight. Right now, we’ve kind of got Leon Edwards sitting there.”

Kamaru Usman (20-1 MMA) is expected to defend his title against Leon Edwards (19-3 MMA) next, but that doesn’t mean he won’t be facing Chimaev down the line.

Are you looking forward to the day when Kamaru Usman squares off with ‘Borz’ in the Octagon?