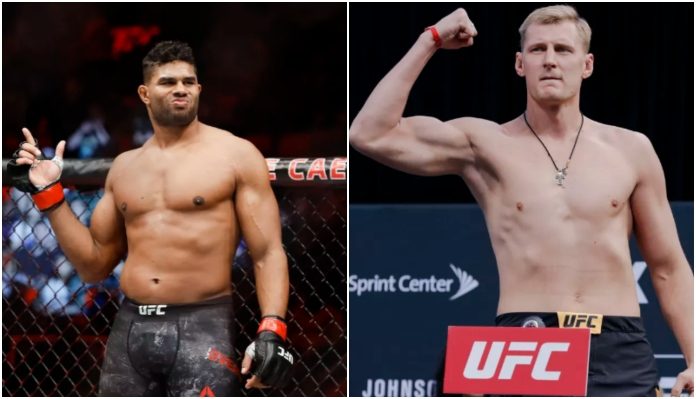 The Ultimate Fighting Championship recently issued a press release stating that a scheduled featherweight bout between Cody Stamann and Askar Askar has been removed from this evenings fight card.

“Featherweight Aksar Askar has not been medically cleared to compete and subsequently his bout against Cody Stamann has been canceled from tonight’s event. He was replacing Andre Ewell, who was removed from his bout with Cody Stamann, due to COVID-19 protocols.” – Per the UFC.

Cody Stamann (19-3-1 MMA) was hoping to rebound at tonight’s UFC Vegas 18 event, this after suffering a decision loss to Jimmie Rivera in his most recent effort this past July.

Meanwhile, Askar Askar was set to make his promotional debut this evening in Nevada.

No word yet on if the Stamann vs. Askar matchup will be rescheduled for a new date.

Get the full lineup for tonight’s fight card here.

Who are you picking to win tonight’s UFC Vegas 18 fights? Share your thoughts in the comments section PENN Nation!