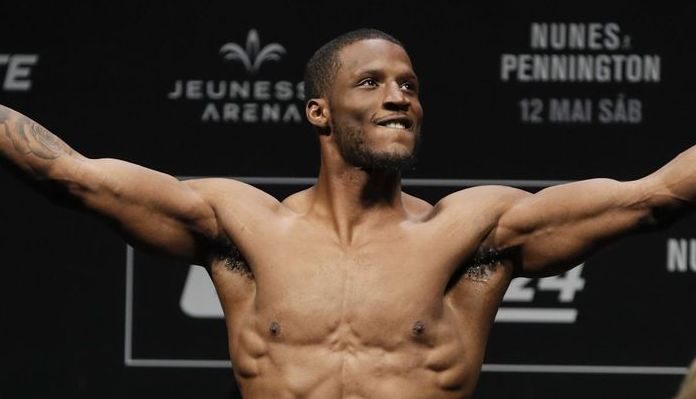 The upcoming UFC Vegas 17 card is down a fight, as Karl Roberson has been forced off the bill after testing positive for COVID-19.

UFC Vegas 17 goes down this Saturday inside the promotion’s APEX facility in Sin City. Roberson was slated to meet Dalcha Lungiambula in a middleweight bout on the undercard. Unfortunately, MMA Junkie is reporting that he has tested positive for COVID-19, which means he won’t be fighting this weekend.

Roberson also confirmed the news in his Instagram story.

Roberson and Lungiambula were originally slated to meet at UFC 256, just six days ago. The bout was rescheduled for UFC Vegas 17, one week later, when Roberson tested positive for COVID-19. In a development that is frankly totally unsurprising, the virus is still in his system and he has tested positive again.

Karl Roberson would have entered the cage at UFC Vegas 17 keen to rebound from a first-round submission loss to Marvin Vettori back in July. That setback took his UFC record to 4-3, and his overall MMA record to 9-3.

Dalcha Lungiambula, on the other hand, is 10-2 overall. He’s 1-1 in the UFC, having debuted with a knockout win over Dequan Townsend and followed that up with a knockout loss to ranked contender Magomed Ankalaev.

Here’s what the card looks like with the removal of this Roberson vs. Lungiambula.

What are your thoughts on the card’s updated lineup?