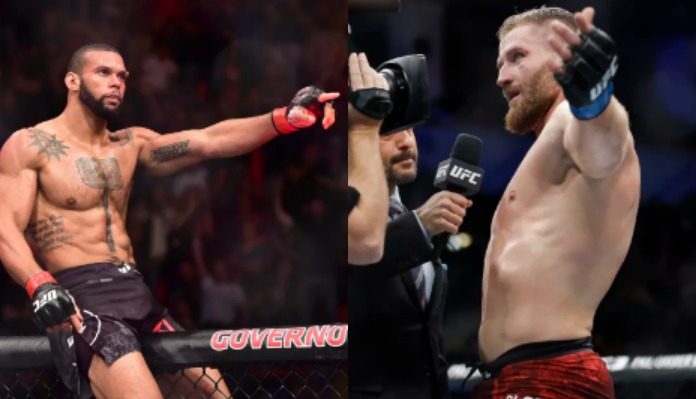 The octagon invades the Czech Republic today for UFC Prague, a thirteen-bout fight card headlined by a light heavyweight scrap between Jan Blachowicz and Thiago Santos.

Jan Blachowicz (23-7 MMA) will enter tonight’s UFC Prague main event on a four-fight win streak. In his most recent effort this past September, Blachowicz defeated the highly touted Nikita Krylov via second-round submission.

Meanwhile, Thiago Santos (20-6 MMA) was last seen in action at December’s UFC 231 event in Toronto, where he scored a spectacular knockout victory over Jimi Manuwa.

In the co-main event of UFC Prague, Stefan Struve and
Marcos Rogerio de Lima will thrown down in a heavyweight collision.

Get the full UFC Prague fight card and up to the minute live results below.

Who are you picking to win tonight’s UFC Prague main event? Sound off in the comments section PENN Nation!