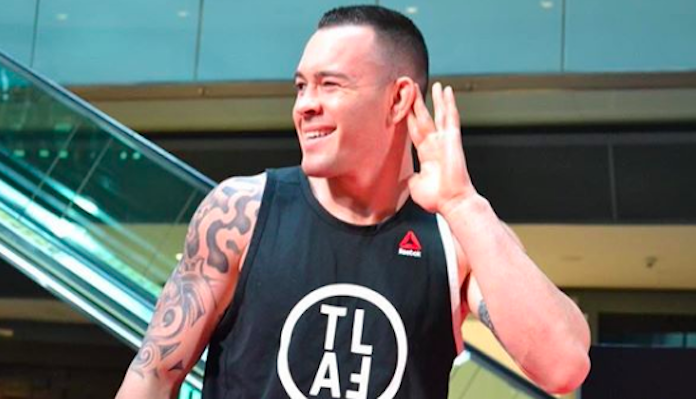 The outspoken American Top Team member weighed in with Submission Radio about champion Tyron Woodley defending his title against Kamaru Usman and believes fans could be in for a lackluster fight.

“Woodley is going to starch Usman for sure” Covington told Submission Radio. “It’s a boring fight. It could go five rounds and just be a borefest, and Woodley just backs up to the cage and lands his shots when he needs to. He’s the more experienced fighter. Snoozeman [Kamaru Usman] hasn’t even beat a guy coming off a win yet, all the guys he has beaten are guys coming off losses. He’s inexperienced. He’s not ready for the moment, and he’s barked up a tree that he’s not ready for. He’s not on that level. He’s going to get knocked out.”

Covington (14-1) hasn’t competed since he won the interim UFC welterweight title over Rafael Dos Anjos at UFC 225 last June. The 31-year-old believes he was denied a shot at Woodley next Saturday because he wasn’t medically cleared to fight the current champion at UFC 228 in September. Despite all this, Covington hopes to fight the winner of the matchup.

“Hopefully I can unify my title with Woodley and finish his career sometime this summer.”

Covington made his UFC debut in Aug. 2014 and racked up three-straight wins before losing to Warlley Alves at UFC 194. Since then, the Oregon native has remained undefeated defeating Bryan Barberena, Demian Maia and former lightweight champion Dos Anjos in the process.

Colby was the first UFC fighter to attend the White House and meet current President Donald Trump. Since then however, Covington was denied a spot on UFC 235 and has been very outspoken against the UFC and Dana White.

Who are you picking to win the UFC 235 welterweight title fight between Tyron Woodley and Kamaru Usman? Sound off in the comments section PENN Nation!