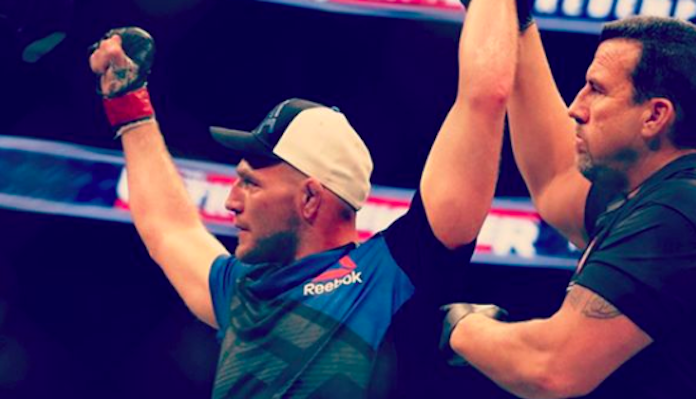 Undefeated UFC middleweight Jordan Johnson is coming off arguably the most impressive win in his career and it may be the last time we see him in the Octagon.

In an interview with Fightful, Johnson outlined why he’s unlikely to return to the UFC after amassing a 4-0 record on the octagon.

“So, I fought out my contract,” he said. “They made an offer, I told them what I wanted. We were nowhere close on numbers, I thought if I went out and had a good performance that they would give me what I wanted. That wasn’t the case, technically I’m still under contract to them. Even though I had fought out my contract, I had to get my release or permission to go talk to other organizations. Everyday I’m bugging my manager, I think he’s sick of me. I’m ready to go talk to these other organizations and see what kind of deal I can make elsewhere. I would love to stay in the UFC…but this is an incredibly dangerous sport and there’s got to be some reward. So I’m still in the period where I’m negotiating with the UFC. We’re not gonna make a deal…so I think from a legal standpoint, I need to get permission to talk and negotiate with other organizations.”

Johnson (10-0) submitted Adam Yandiev at UFC Moscow last month marking his first stoppage victory in the UFC. The 29-year-old, who became a father earlier this year, isn’t ranked at the moment but is one of the most promising prospects in the UFC. A main training partner of Bellator champion Ryan Bader, Johnson says he’s already had offers from other promotions.

“I’ve had a couple of organizations reach out to me and I told them that I don’t feel comfortable talking to them just yet, but [there’s a] good chance your gonna see me fight somewhere besides the UFC,”

Should Jordan Johnson find employment elsewhere, he’d join the likes of former UFC featherweight Jeremy Kennedy [who signed with BRAVE CF] as another prospect the UFC has cut ties with this year.