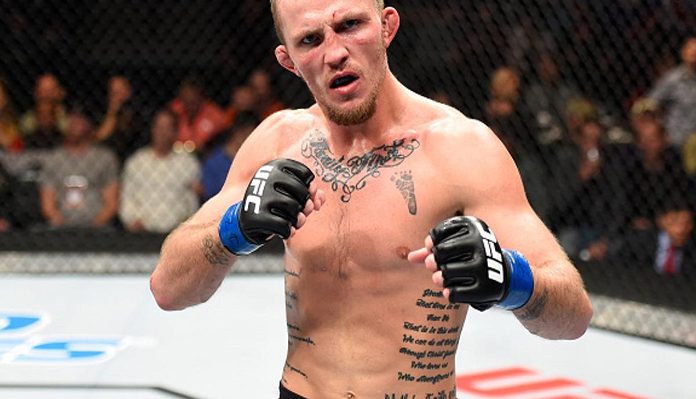 UFC 230 Is just weeks away, and while headliners Daniel Cormier and Derrick Lewis will garner the majority of the headlines, and rightfully so, Jason Knight has snagged three fight night bonuses and plans on taking home an extra $50,000 on the November 3 card.

A proud Mississippian, Knight recently decided to change things up. He and fellow UFC fighter Brandon Davis packed up and headed to the West Coast.

“I’m out here in Sacramento, California,” Jason Knight said. “I’m out here training with Uriah Faber and his guys. I just felt like I needed a change, so I’m out here trying to get in some good work. [I’m] Definitely feeling it, my body is sore as hell, but I feel like a new animal.”

At just 26 years old Knight has made the walk to the Octagon eight times. UFC 230 will be his ninth Octagon appearance. His opponent, Jordan Rinaldi, will be making his fourth walk to the cage. Regardless of inexperience, Knight is not looking past Rinaldi. After all, he is on a three-fight skid. The longest of his career.

“I’ve watched some of his highlights,” Knight said when asked about his UFC 230 opponent. “I watched the fight with Gregor Gillespie. From what I can tell Jordan looks like he is going to be a well-rounded fighter. It doesn’t look like he stands out anywhere.”

Although he has spent most of this training camp at Team Alpha Male, Knight plans on heading back home to Mississippi a week or so before UFC 230. He won’t be flying, however. He and Davis will make the 2,175-mile road trip, with some pitstops along the way.

“Me and Brandon Davis are going to drive back home and stop by a few gyms on the way,” Knight revealed. “As soon as I get home I’m going to catch up with my coaches to make sure we are all on the same page. The week after that we are going to head over to New York and get ready to kick some ass.”

As it stands now, Jason Knight and Jordan Rinaldi will close out the FS1 prelims for UFC 230.