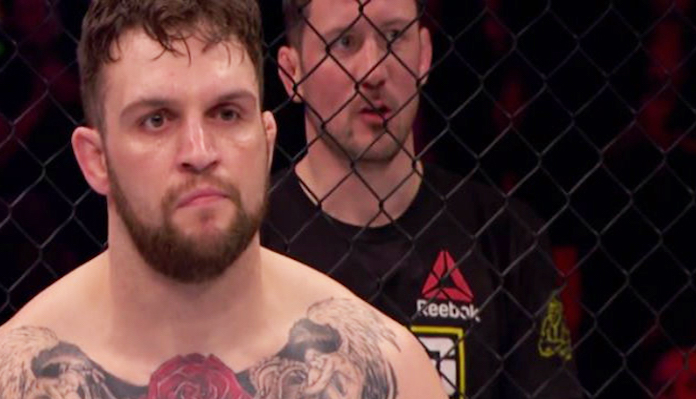 The UFC has begun its expected roster purge by releasing three fighters from the promotion, including middleweight John Phillips.

Phillips himself took to his social media on Friday to thank the UFC for the “memories that will last a lifetime.” Check out the message that Phillips shared on his Twitter.

@ufc it’s been a pleasure thanks for all the opportunities, memories that will last a life time 💯

@ufc it’s been a pleasure thanks for all the opportunities, memories that will last a life time

The 35-year-old Welsh fighter was a member of the UFC roster from 2018 to 2020, going 1-5 overall in the promotion. His lone win came over Alan Amedovski via KO in just 17 seconds, earning Phillips his lone “Performance of the Night” bonus. He also lost to Khamzat Chimaev, Kevin Holland, Jack Marshman, Charles Byrd, and most recently Jun Yong Park, who put on a record-setting performance against him.

Overall, it’s no shock that Phillips was released by the UFC after going 1-5 in the Octagon. The other two fighters who the UFC released should come as no surprise, either.

According to Sherdog’s Tom Feely, the UFC has also released middleweight Bevon Lewis and light heavyweight Justin Ledet. Here’s what the scribe wrote on his Twitter.

Like Phillips, Lewis was a member of the UFC roster from 2018 to 2020. He opened up his career with the organization with a third-round KO loss to Uriah Hall, then dropped a decision to Darren Stewart. He followed that up with his lone UFC win, a decision victory over Dequan Townsend, before losing by knockout to Trevin Giles. As for Ledet, he began his UFC career with three wins in the heavyweight division before dropping down to light heavyweight, where he lost four straight fights including a TKO loss to Dustin Jacoby.

It seems reasonable to believe that with so many new fighters coming in from Dana White’s Contender Series, The Ultimate Fighter, and all the regional promotions around the world, that the UFC is just beginning roster purge. This typically happens once or twice a year where the promotion will go through its roster and release fighters who are on losing skids or at the end of their contracts, as Bellator recently did. It’s likely that more fighters have already been released from the UFC that we haven’t heard about.

What do you think about the cuts the UFC has made so far and who else do you believe will be cut?