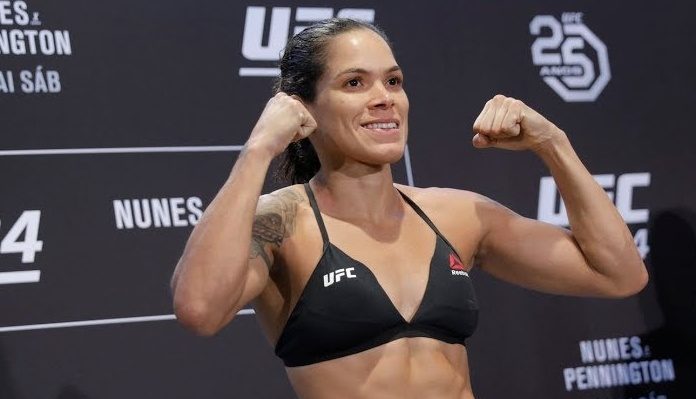 On Saturday night, the UFC will return to our screens with UFC 250, an under-the-radar pay-per-view emanating from the promotion’s APEX facility in Las Vegas.

UFC 250 will be headlined by a women’s featherweight title fight between champion Amanda Nunes, who also holds the promotion’s bantamweight strap, and challenger Felicia Spencer. The bout will mark Nunes’ first defense of the featherweight title since she captured it with an unforgettable knockout win over Cris Cyborg. The bout will also mark Spencer’s first shot at UFC gold.

The card will be co-headlined by a bantamweight fight between former champion Cody Garbrandt, who will be looking to rebound from a trio of knockout losses to TJ Dillashaw (twice) and Pedro Munhoz, and long-time contender Raphael Assuncao.

The main card will be rounded out by a welterweight fight between Neil Magny and Anthony Rocco Martin.

On Friday morning, the many talented fighters on the UFC 250 bill stepped onto the scales to weigh in for battle. See the full weigh-in results below (via MMA Junkie):