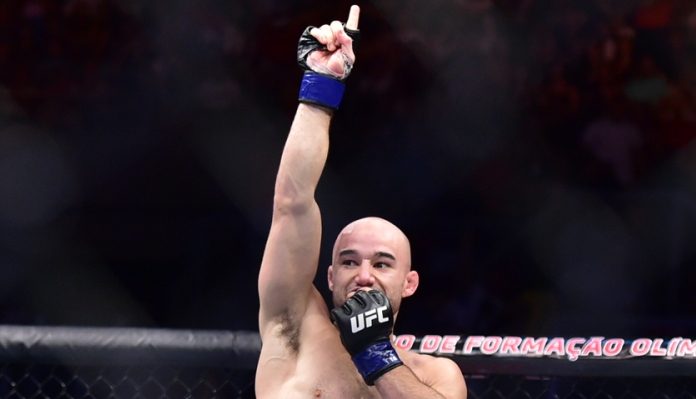 Unfortunate news came out this morning that TJ Dillashaw would be relinquishing his bantamweight title due to ‘adverse’ findings in a USADA drug sample.

In addition, it was announced that TJ Dillashaw will be suspended for a year, retroactive to January 19.

With that, the promotions bantamweight division will be forced to move on and crown a new champion. Here are three logical choices for the UFC’s next 135-pound title fight.

There is no question Marlon Moraes is the number one contender in the UFC’s bantamweight division. The Brazilian is riding a four-fight winning streak with his lone loss inside the Octagon coming in his UFC debut via split-decision.

However, since the loss, Moraes beat John Dodson by decision, knocked out Aljamain Sterling and Jimmie Rivera and submitted Raphael Assuncao. Moraes has been calling for a title shot and should be getting one.

Meanwhile, Pedro Munhoz skyrocketed to a top contender after his knockout win over former champion, Cody Garbrandt at UFC 235. The win shocked many and extended the Brazilian’s winning streak to three.

Although Moraes vs Aljamain Sterling happened in 2017, Sterling has rebounded since then and is a top contender in the stacked 135-pound division.

Sterling has rallied off wins over Brett Johns, Cody Stamann, and Jimmie Rivera and has been calling for a rematch against Moraes.

Henry Cejudo wanted a shot at becoming a UFC “champ-champ” after he knocked out TJ Dillashaw in 32 seconds this past January.

He still has that opportunity if the UFC decides to book him in a fight for the vacant bantamweight title against Marlon Moraes.

Ultimately, no matter what, Moraes should be getting a title shot. The question is, who will it be against?

Who do you think should fight for the vacant bantamweight title?