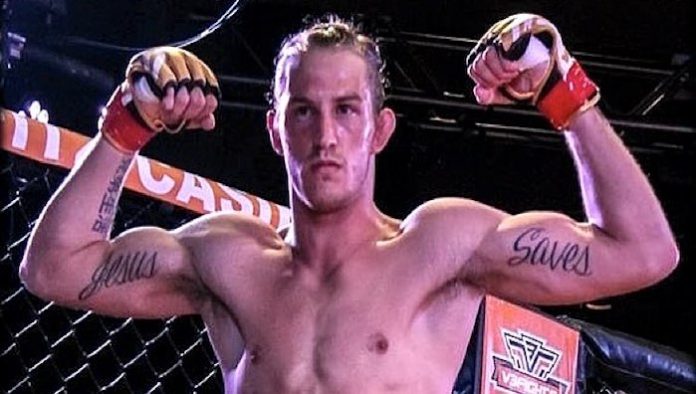 Gifford suffered a prolonged beating in the fight and ultimately suffered a face-plant KO late in the third round. Following the event, Gifford took to social media to tell his fans that he’s feeling fine despite suffering such a vicious knockout loss.

“Gotta give it to Mike. Dude hits hard. This was me when I got to the hospital last night. I got rocked the first round and just couldn’t recover, I’m sorry to everyone I let down. I’m better than this. I was prepared to fight Brok Weaver, but when that fight fell through last minute, I just wanted to fight, so I accepted this fight. I’m a fighter. It’s in my blood. I was hungry to get in there. Y’all need to go listen to the song called “Hard Love” by @needtobreathe. It’s motivating and encouraging. No matter how down you get, just tell yourself…”down but not out.” What a great song. Jesus is so good y’all. I walked out of that cage with no injuries at all after all the punishment I took. Anyone have good remedies for a speedy recovery?”

“Trading punches with the heart of darkness. Going to blows with your fear incarnate. Never gone until it’s stripped away. A part of you has gotta die today.
In the morning you gon’ need an answer. Ain’t nobody gonna change the standard. It’s not enough to just feel the flame, you’ve gotta burn your old self away. Hold on tight a little longer. What don’t kill ya, makes ya stronger. Get back up, ’cause it’s a hard love. You can’t change without a fallout. It’s gon’ hurt, but don’t you slow down. Get back up, ’cause it’s a hard love. You know the situation can’t be right, when all you ever do is fight. But there’s a reason that the road is long. It takes some time to make your courage strong.”

The fight was extremely controversial, with many members of the MMA community expressing their displeasure for a very late stoppage. Thankfully, Gifford appears to be OK.

Do you think the corner should have thrown in the towel for Thomas Gifford?