Former two-division title challenger Demian Maia will make his return to the Octagon at UFC 263 for a welterweight bout with Belal Muhammad.

That news comes courtesy of ESPN’s Brett Okamoto, who shared the following information on Twitter.

The submissions specialist, Maia (28-10 MMA), has not competed since March of 2020, when he suffered a first round TKO loss to Gilbert Burns. Prior to that setback, the Brazilian was coming off back-to-back wins over Ben Askren and Anthony Rocco Martin.

Meanwhile, Belal Muhammad (18-3 MMA) most recently competed in last month’s UFC Vegas 21 headliner, where his bout with Leon Edwards was ruled a no-contest following a nasty accidental eye poke. Prior to that unfortunate outcome, ‘Remember the name’ had put together an impressive four-fight win streak.

Demian Maia has challenged for UFC gold on two occasions during his brilliant mixed martial arts career. His first attempt came at UFC 112 when he was outpointed by Anderson Silva in his bid for the promotions middleweight world title. 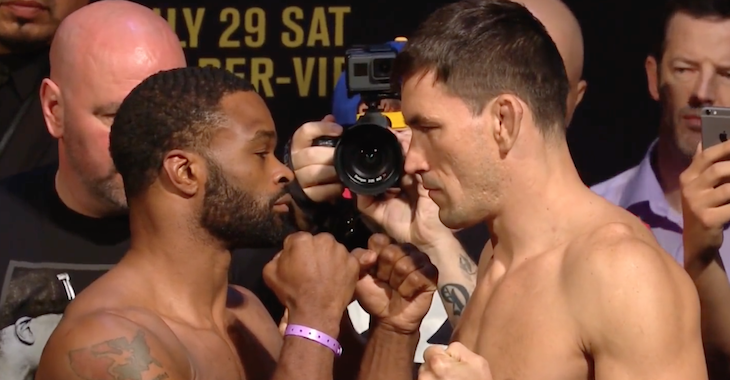 Maia’s second crack at a UFC championship came in July of 2017, when he challenged Tyron Woodley for the welterweight title. Unfortunately for the submission ace, he suffered a lopsided decision loss to ‘T-Wood’ that evening.

UFC 263 is expected to be headlined by a men’s flyweight title fight rematch between Deiveson Figueiredo and Brandon Moreno. The pair had previously collided at UFC 256 where the Brazilian retained his championship by way of a majority draw.

The Ultimate Fighting Championship has yet to announce the location or venue that will be hosting the June 12 pay-per-view event.

Who do you think will emerge victorious when welterweight standouts Demian Maia and Belal Muhammad collide at UFC 263? Share your predictions in the comment section PENN Nation!