The death of George Floyd at the hands of the Minneapolis police has sparked outrage across the globe. In the wake of the tragedy, MMA stars have spoken out against police brutality and racism. The incident sparked an online protest known as Blackout Tuesday. Miocic showed his solidarity to the cause by posting a blank, blacked-out image on Instagram with the caption “#blackouttuesday”.

Despite having the best of intentions, the 37-year old received a wave of backlash in his Instagram comments. Many fans responded with “all lives matter” and accused the champion of “virtue signalling”.

A fan called out his support of the Blackout Tuesday movement. The individual wrote in the Instagram comments, “I think you’ve forgotten most of your fanbase is white. It shows in the comments.” 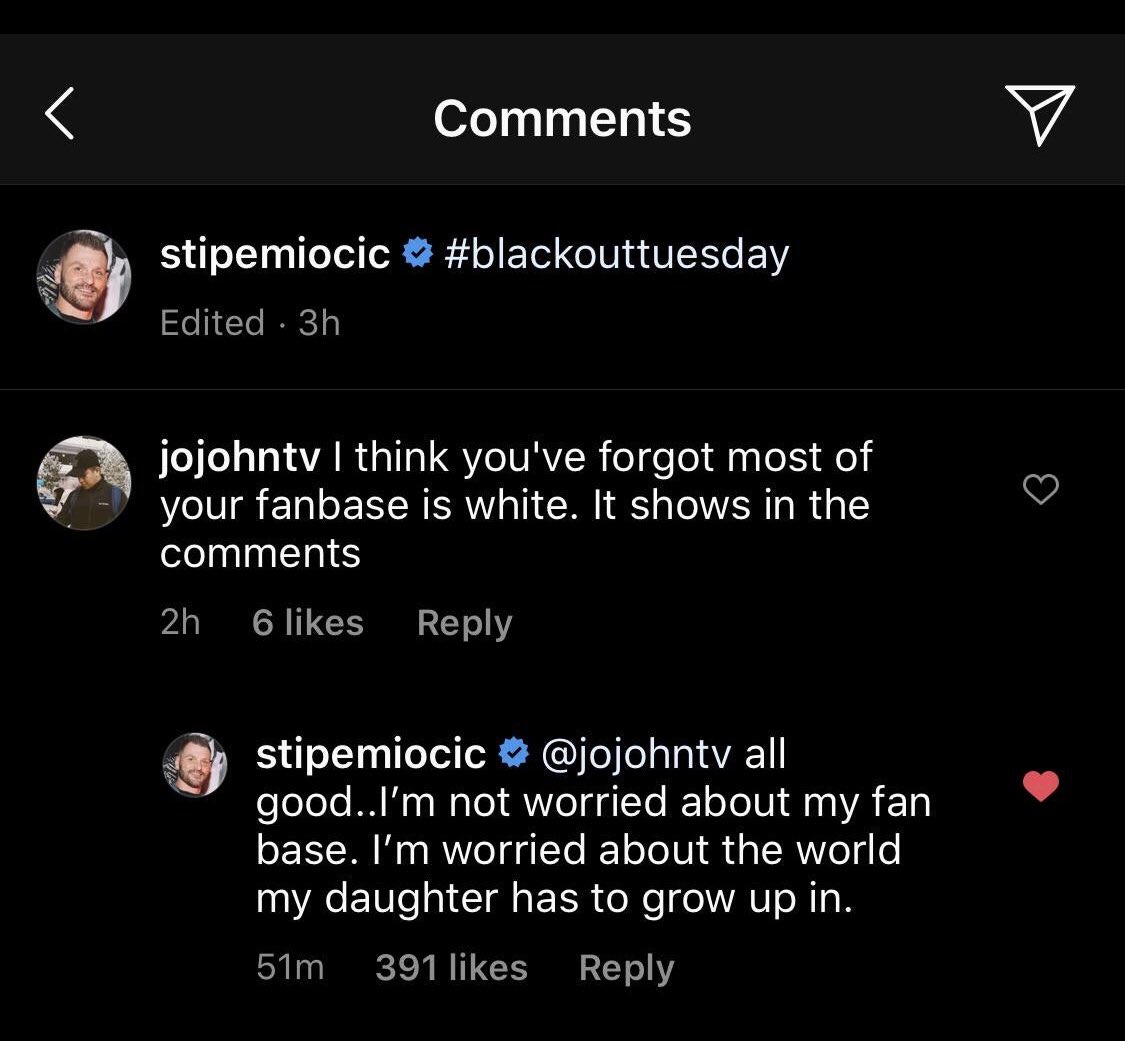 At present, the world is waiting for a tie-breaking trilogy fight between Miocic and Cormier, which also expected to serve as Cormier’s retirement fight. While Cormier has stated he wants the fight to happen soon, Miocic has been busy with his duties as a firefighter. He’s also expressed reluctance to undertake a fight camp until his gym re-opens.

What do you think of Miocic’s response to criticism of his support for Blackout Tuesday? Let us know in the comments below.