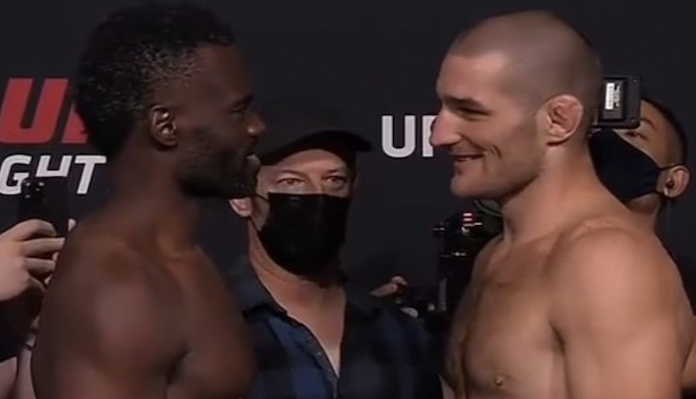 Strickland utilized a beautiful jab for five rounds as he was able to outpoint Hall and take home a unanimous decision. Though Strickland wasn’t able to get the finish over his former training partner, he dominated the fight with his striking and grappling to earn a clean sweep on the judges’ scorecards. It was the best performance of Strickland’s MMA career to date and by far the biggest win on his resume. By going in there and defeating a top-10 opponent in Hall, Strickland moves one step closer to the middleweight division’s elite.

Well that’s a wrap!!! Thanks for all the support from EVERYONE… There are so many people involved in my life I can’t list them all.. Uriah thank you for the fight… I consider you a friend.

The win over Hall gives Strickland four straight victories in the UFC middleweight division and five straight wins overall. Since returning from a career-threatening motorcycle accident last fall, Strickland has turned heads with his performances as he’s defeated Jack Marshman, Brendan Allen, Krzysztof Jotko, and now Hall to emerge as one of the top middleweight fighters in the UFC. A member of the promotion since 2014, Strickland is in his prime at age 30 and he looks to be one of the top fighters in his division right now. For his next fight, one can fully expect “Tarzan” to be matched up with another big-name foe.

Who do you want to see Sean Strickland fight next after beating Uriah Hall by unanimous decision at UFC Vegas 33?