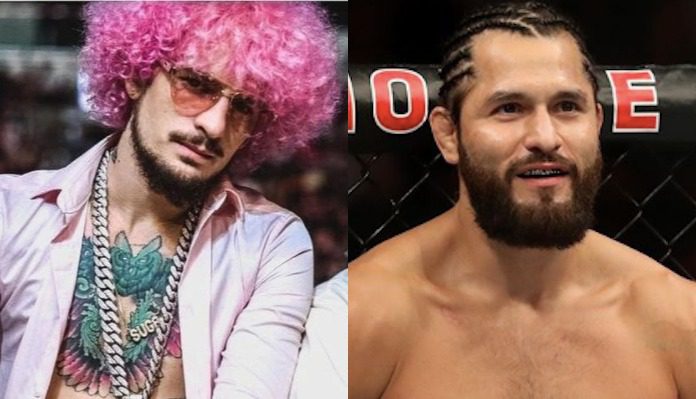 O’Malley and his head coach, Tim Welch appeared on YouTube ‘This Past Weekend‘ podcast with Theo Von and spoke about Masvidal’s interaction with Colby Covington on March 21st outside a steakhouse in Miami, Florida.

Von asked him what the deal was with the Colby/Masvidal thing and ‘Suga’ responded:

“Some thug gangster shit that was. I grew up in Montana, so I’m not raised to do that. He (Jorge Masvidal) grew up in the f**king streets. That probably seemed normalish to him. Just how he was raised.”

‘Gamebred’ was involved in a backstage scuffle with Leon Edwards back in 2019 and at that time the fans loved it. It was after his win at UFC London while Masvidal was giving a post fight interview, that Leon Edwards passed by and directed some comments towards the fighter. Edwards who had beaten Gunnar Nelson that same night, ended up being punched by Masvidal, leaving ‘Rocky’ bloodied. No charges were laid.

Not so is the case between ‘Chaos’ and Masvidal. Colby has indeed pressed charges and Jorge is accused of a second-degree felony for aggravated battery. Colby maintains he was left with a broken tooth, a wrist abrasion and damage to his Rolex watch in the incident. ‘Gamebred’ was taken into custody and later released on a $15,000 bond. Jorge Masvidal could indeed face jail time if convicted.

Do you agree with Sean O’Malley that Jorge ‘grew up on the streets’ and this behaviour is normal for him? Or are you on the side that believes Colby got what he deserved for always talking smack?