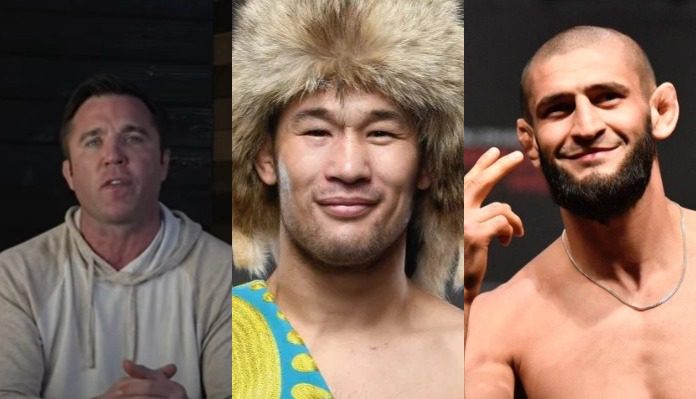 Chael Sonnen believes Shavkat Rakhmonov could become a ‘media sensation’ like Khamzat Chimaev with a win over Neil Magny.

Khamzat Chimaev (10-0 MMA) is a Russian born welterweight fighter who has gained notoriety for his stellar performances inside the Octagon. Khamzat is set to take on Gilbert Burns (20-4 MMA) one week tomorrow, Saturday, April 9th at UFC 273 in the VyStar Veterans Memorial Arena in Jacksonville, Florida.

‘Nomad’ took to Twitter to call out Magny saying:

In speaking on his ‘Bad Guy Inc‘ YouTube podcast, Sonnen had this to say about Shavkat Rakhmonov:

“This guy has 15 wins, he has 15 stoppages, 3 of which are in the UFC and of those 15 fights all of which end either by knockout, technical knockout or submission, he only saw the 3rd round once. There’s something real special about this gentleman.”

“But he does not have the media sensation that Chimaev does. They are in the same weight class, they are both 170 pounders. Chimaev has set the world on fire.”

“This dude (Rakmonov) has had 15 fights, he’s stopped absolutely everybody. It’s hard for this guy to get a headline. He has called out Neil Magny for a fight. Neil Magny will not turn down a fight. Neil is waiting for somebody to say his name. That would be a big deal if he fought Neil Magny. I feel we would learn a lot about this guy (Rakmonov), win or lose, we would know exactly where he stands, where these 15 matches stand. We would get it. We would know what we need to know.”

Do you agree with Chael Sonnen that a Shavkat Rakhmonov fight against Neil Magny could put Shavkat in the same league as Khamzat Chimaev?