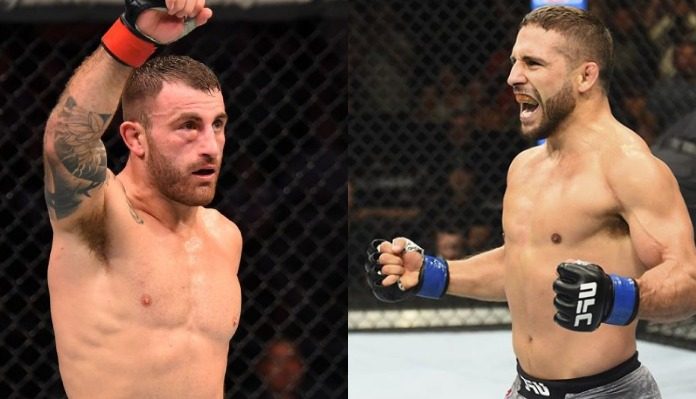 On December 29 at the T-Mobile Arena in Las Vegas, there are already two pivotal matchups taking place in the 145-pound weight class. But now we get our first in the men’s division as Chad “Money” Mendes (18-4) looks to put a winning streak together in his second fight after suspension as he’ll take on one of Australia’s finest in Alexander Volkanovski (18-1).

Chad Mendes vs. Alexander Volkanovski has been added to UFC 232 on December 29 in Las Vegas.

In each man’s last time out they fought at UFC Boise in July where they put on spectacular performances.

For the returning Mendes, he would defeat Myles Jury via first-round TKO with punches showing no signs that he had been away for two-plus years.

His next opponent Volkanovski, on the other hand, dispatched of one of their division’s toughest fighters in Darren “The Damage” Elkins as the Aussie pummeled Mendes’ Team Alpha Male teammate on route to a clearcut unanimous decision win.

The win for Volanovski extended his current winning streak to 15 while it snapped Elkins’ six.

UFC 232 has plenty of great fights already on tap for the night that will close out 2018. Check out what else is in store.