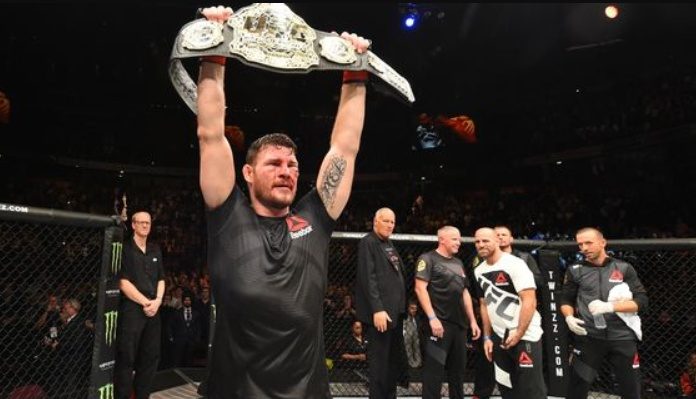 During tonight’s UFC London broadcast it was announced that former middleweight champion Michael Bisping would be inducted in to the UFC Hall Of Fame later this summer in Las Vegas.

The fan favorite, Bisping, was in attendance for tonight’s UFC Fight Night 147 event and received a massive cheer from the audience after a video was played showcasing highlights from his brilliant UFC Career.

Bisping, who retired from the sport in May of 2018, still holds a number of UFC records to his name.

“The Count” is the first and only British Fighter to ever capture a UFC title.

Bisping (30-9 MMA) won the title at UFC 199 in June of 2016 by defeating then champion Luke Rockhold via first round knockout.

In total, Michael Bisping competed 29 times under the UFC banner, emerging victorious on twenty of those octagon appearances.

Check out how the pros reacted to Michael Bisping being inducted in to the UFC Hall Of Fame below:

What was your favorite moment in the legendary career of Michael Bisping? Sound off in the comments section PENN Nation!