Shevchenko (21-3 MMA) was looking to earn her fifth-straight title defense with a victory over Andrade this evening in Jacksonville. ‘The Bullet’ had most previously competed at November’s UFC 255 event, where she earned a unanimous decision victory over submission ace Jennifer Maia.

Meanwhile, Jessica Andrade (21-9 MMA) had earned her shot at Valentina Shevchenko by scoring a first round TKO victory over Katlyn Chookagian in her flyweight debut. Prior to that win, the Brazilian was coming off back-to-back setbacks to Weili Zhang and Rose Namajunas respectively. 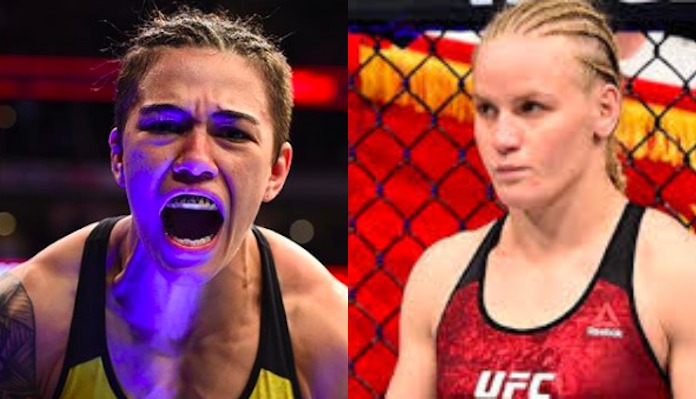 Tonight’s UFC 261 women’s flyweight title fight proved to be an absolutely one-sided contest. Valentina Shevchenko dominated Jessica Andrade from the opening bell scoring a number of heavy takedowns before ultimately finishing the fight with ground and pound in Round 2.

Check out how the pros reacted to Shevchenko defeating Andrade below:

I got Valentina, rose and gamebred tonight

Andrade needs to fight the hands. Can’t eat all those knees, carry Valentinas weight, and get behind on control time.

5 takedowns by the champ all ready! So good everywhere now! #UFC261

Valentina is an absolute force. This is super super impressive.

Wow @BulletValentina is something else!!!!!!!

What a performance! #ufc261

Valentina is NEXT LEVEL GOOD

Who would you like to see Valentina Shevchenko fight next following her TKO victory over Jessica Andrade this evening in Jacksonville? Share your thoughts in the comment section PENN Nation!