A key lightweight bout between Dan Hooker and Nasrat Haqparast took place on the televised prelims of tonight’s UFC 266 event.

Hooker (21-10 MMA) was looking to rebound after losing his two most recent Octagon appearances. ‘The Hangman’ had suffered defeats to perennial division contenders Dustin Poirier and Michael Chandler in those outings. Prior to those setbacks, Hooker had put together a three-fight win streak, which included a nasty knockout of James Vick.

Meanwhile, Nasrat Haqparast (13-4 MMA) was 5-1 over his past six fights entering tonight’s UFC 266 event. The German standout was coming off back-to-back unanimous decision victories over opponents Alexander Munoz and Rafa Garcia in his most previous efforts. 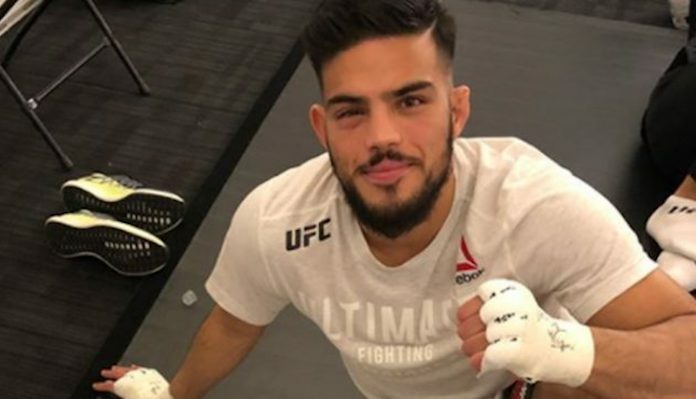 Tonight’s Dan Hooker vs. Nasrat Haqparast bout proved to be a one-sided affair. ‘The Hangman’ put on a absolute clinic, getting the better of the German fighter both in the stand-up and on the ground. After fifteen minutes of action Hooker was awarded a much deserved unanimous decision victory.

Check out how the pros reacted to ‘Hooker vs. Haqparast’ below:

A great fight so far. Dan going to the body nicely and keeping him on his heels. #UFC266

Hooker isn’t backing down. He is Staying in Haqparast face. Mixing in the takedowns as well. #UFC266

Hooker up 2, looking good in there. Walking forward like the terminator

That was a good fight! Hooker did everything right. He was definitely in his zone. #UFC266

What a Fight from these two warriors @ufc #ufc266

Who would you like to see Dan Hooker fight next following his victory over Nasrat Haqparast this evening at UFC 266? Share your thoughts in the comment section PENN Nation!