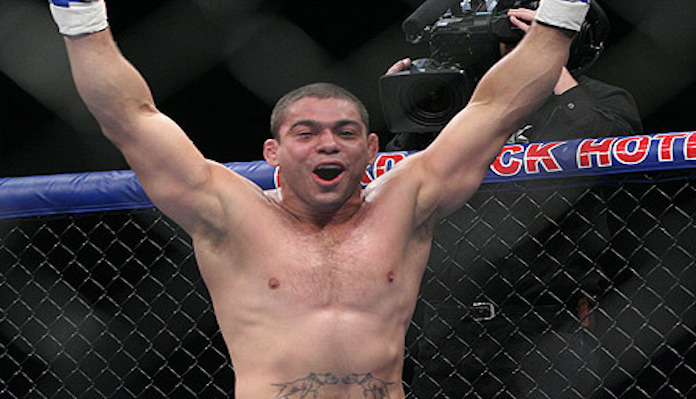 Veteran middleweight Paulo Filho explained what fighting after losing your father feels like in the wake of Khabib Nurmagomedov at UFC 254.

Filho, the former WEC middleweight champion, recently spoke to Marcelo Alonso of Sherdog.com. The 42-year-old Filho said that he himself fought days after the death of his own father, and he said he was moved by what Nurmagomedov did at UFC 252, defeating Justin Gaethje in the wake of his father Abdulmanap’s death from COVID-19.

“My father was my biggest supporter since I was a kid, taking me to judo and jiu-jitsu classes every day. I also had a fight a few days after he passed away, and I know exactly how difficult it must have been for Khabib to make weight and fight. The scene of (Nurmagomedov) crying after winning really moved me,” Filho said.

“I see Abdulmanap as a Russian Carlson Gracie. Besides being similar physically, they are both great champion makers and people who support the ones who have talent and no financial advantages. I have to tell you that when Khabib won via triangle choke my mother thought I was crazy because I started to jump and scream like it was one of my teammates of BTT in Pride times. In addition to his beautiful story with his dad, Khabib showed the world of MMA that a top grappler still makes a difference in the sport.

Filho is now 42 and retired, but at one point in time, he was one of the top middleweights in the world. After making his MMA debut in 2000, Filho won the first 14 fights of his career over the likes of Ryo Chonan and Murilo Ninja in PRIDE before coming stateside and signing with the WEC. He won the WEC middleweight title from Joe Doerksen in 2007 and defended it against Chael Sonnen, before missing weight and losing the rematch.

The second fight against Sonnen led to the downfall of Filho, who ended up signing with DREAM and beating Melvin Manhoef. He racked up a 20-1 record before a draw against Dennis Kang in Impact FC which was followed by a decision loss to Marcos Rogerio de Lima. The 2010s would prove to not be kind to Filho. After racking up a 19-1 record during the 2000s, Filho went 4-5-3 in the 2010s, with his final MMA fight coming in 2014.

Paulo Filho may no longer in the spotlight, he’s still an important part of MMA history.