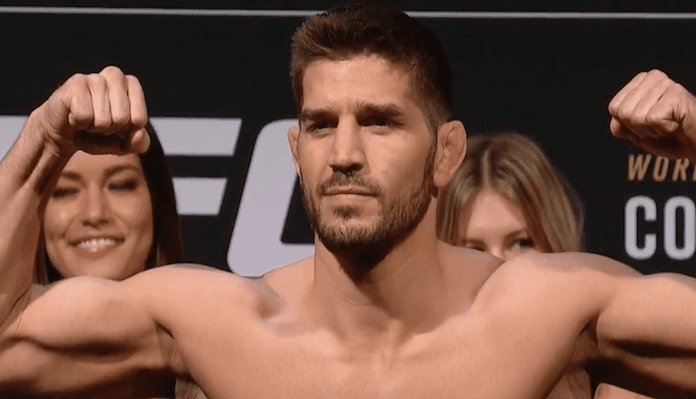 On Monday, word broke that Alvey would be getting another fight in the UFC against Ian Heinisch in early 2022. For Alvey, he is very fortunate to be getting another fight in the UFC considering he is 0-6-1 over his last seven fights. In his last matchup, Alvey lost a split decision to Wellington Turman, and following the fight, UFC president Dana White hinted he would get one more fight in the Octagon. However, there are a lot of other fighters who are not pleased that Alvey is getting another chance. Although he is an exciting fighter and a fan favorite, the fact is he hasn’t won a fight in three years. There are other fighters who have not been given as much rope as Alvey has, and Cote wanted to point it out.

Taking to his social media following Alvey’s latest fight announcement, Cote ripped Alvey for getting another shot in the UFC and questioned why the promotion is giving it to him.

Cote had several stints in the UFC so he knows what it feels like to be cut and have to work his way back to the UFC — a feeling that Alvey hasn’t had to face. Cote lost to Anderson Silva for the middleweight belt in 2008, and then he lost back-to-back fights to Tom Lawlor and Alan Belcher. Despite being a former title challenger, Cote was cut. He then won four straight fights and worked his way back to the big show, where he ended his career in 2016. It seems like Cote believes that Alvey should have also had to work his way back up.

Do you agree with Patrick Cote and his criticism regarding Sam Alvey being in the UFC?