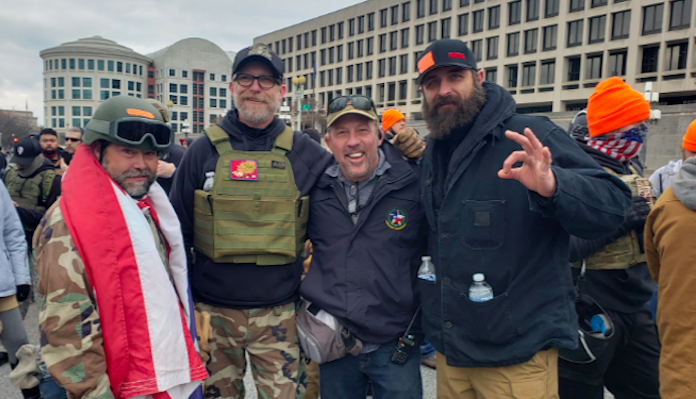 Miletich was among the throngs of Donald Trump supporters in Washington, DC last week, some of whom ultimately stormed the Capitol building in an attempted insurrection that left several people dead.

The former UFC champion made no secret of his attendance, and even shared a photograph of himself beside a man using a hand gesture widely associated with White Power groups.

Of course Pat Miletich was in DC on Jan 6th. pic.twitter.com/nVp1yayVAp

With a walkie and emergency management jacket. Normal things for a civilian to wear. pic.twitter.com/IBwAbsgwKv

Despite the fact that Miletich claimed he saw “zero violence” at the now infamous riot, he unsurprisingly found himself under fire for attending.

Many fans quickly began to push LFA to part ways with the former UFC champion, who had been serving as a commentator with the promotion, and ultimately, that’s exactly what happened.

Miletich announced this news in an Instagram post, claiming that he associates with people “of different races,” and calling his LFA release part of the “price of freedom.”

“I just got a call from the folks at the LFA, and they basically informed that they were getting a lot of pressure because I was at the Capitol,” Miletich said. “I want you guys to know that the people that I walked with at the Capitol, none of them—that I know of—were involved in any of the violence. I walked with white people, black people, a lot of Chinese people who escaped communist China, who are ‘for freedom’ … It was across the board people of different races, religions…

“But the LFA was getting a lot of pressure and unfortunately that they felt that they needed to distance themselves from me,” Miletich added. “I understand their position.”

Pat Miletich last fought in 2008, when knocked out Thomas Denny. He previously served as a commentator for Strikeforce, before moving to LFA.

In July, 2020, he was arrested and charged with driving under the influence. It was his second DUI arrest, with the first occurring in 2018.