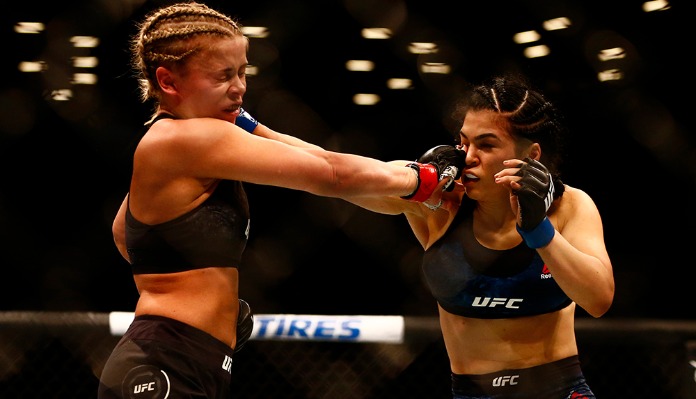 Paige VanZant and Rachael Ostovich are running things back, but this time will do it sans gloves.

VanZant and Ostovich first met back in January of 2019 on the first ESPN+ show in Brooklyn. The fight makes VanZant’s return after a year layoff and she got back into the win column with a second-round submission win. Since then, both have parted ways with the UFC and signed with Bare Knuckle Fighting Championship and they have now agreed to rematch one another at BKFC 19 on July 23 the promotion announced.

“Official: @PaigeVanzant Welcomes @RachaelOstovich to the BKFC this July at #BKFC19”

VanZant made her BKFC debut back in February against Britain Hart where she suffered a decision loss. After the fight, David Feldman said they would be signing a big name to face VanZant and many thought it would be Ostovich once she signed with the promotion. The 27-year-old is 8-5 in MMA and suffered a submission loss to Amanda Ribas at UFC 251 in the final fight of her UFC contract. Inside the Octagon, she fought the likes of Rose Namajunas, Michelle Waterson, and Felice Herrig among others.

Ostovich is just 4-6 in MMA and went 1-3 in the UFC including the loss to VanZant. She did fight in Invicta FC prior to getting the shot where she was 3-3 where she fought the likes of Andrea Lee, Christine Ferea, and Jenny Liou Shriver. She earned her way into the UFC after competing on TUF where she went 1-1 on the show as she beat Melinda Fabian by submission and lost a decision to Barb Honchak. This will also serve as her BKFC debut after she signed with the promotion earlier this year.

As of right now, there is no location announced for BKFC 19 but it’s likely it will take place in a state where fans can watch VanZant vs. Ostovich 2.

Who do you think will win between Paige VanZant and Rachael Ostovich?