Home » MMA News » UFC » Paddy the Fatty is back! Pimblett announces he is ... 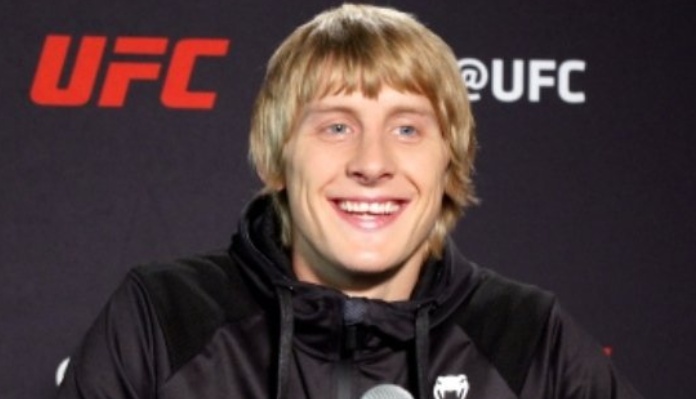 ‘The Baddy’ faced Kazula Vargas on March 19th in a lightweight bout. For the fight, Pimblett notably had to get down in weight, as he normally balloons up out of camp. For the bout, the lightweight successfully made weight at 155-pounds.

In addition to beating the scale, he also defeated Vargas. After some early adversity, he scored a takedown. He was able to quickly secure a rear-naked choke near the end of the first frame to get the win. For his efforts, he was given a ‘Performance of the Night’ bonus.

After Pimblett won the fight, he quickly returned to his normal ways. The Liverpool-native has spoken about his love of food and has documented that on his YouTube channel. There, Pimblett has revealed that he’s 202-pounds just weeks after his fight with Vargas.

How did Pimblett get there? Well, it’s simple, he ate a tremendous amount of food. In a video labeled “Paddy the Fatty” on his channel, he detailed what exactly he’s been intaking since UFC London.

“Got home, had a 240-gram pack of chocolate buttons, that’s like 11,000 calories. Then I had two Wispa Golds, a can of coke, then we went at Nando’s. We had the hummus between us, I had ten BBQ wings to meself, a garlic bread, a rice, a chips, and half a chicken. I got home and had two of those daisy donuts, Joe’s made me loads of red velvet cookies, I had two of them. And obviously, I had drinks.”

What do you think about Paddy Pimblett’s weight gain?