Dan Lambert, who founded American Top Team back in 2001, says there‘s no hard feelings with Amanda Nunes departing the gym.

Lamberts’ goal was to provide MMA fighters with world class training facilities all under one roof. Over the past 20 years, ATT has been home to some of the best fighters in the world.

One of those fighters being Amanda Nunes (21-5 MMA), who trained out of ATT for over seven years.

Amanda Nunes last fought back in December of 2021 at UFC 269, against Julianna Pena (12-4 MMA) where she lost her bantamweight title via a second round submission. Following the loss, ‘The Lioness’ made the announcement that she was moving on from ATT and going to start her own gym.

Lambert has no issue with Nunes, arguably the greatest female fighter of all time, moving on to do her own thing and wishes her all the best in her future endeavours.

In speaking with ‘MMA Junkie‘, Lambert commented on her move:

“As long as it’s a good fit for us and a good fit for the fighter, we do great things together if we can. If it’s no longer a great fit for us or them and somebody’s got to move on, we have an open-door policy. If somebody doesn’t want to be at the gym, they’re not going to be at the gym. Amanda decided she wants to start her own place and be a coach, maybe set something up for her post-fighting career. I support that, and I hope she does well.”

“When someone fights their last fight and leaves their gloves in the cage, just because you don’t think about them anymore as a fan doesn’t mean they don’t have the rest of their life to think about. You know, what are you supposed to do? Just go sit home all day? You gotta do something and keep yourself busy. Idle hands are the hands of the devil, so if she has some idea on what she wants to do, to set herself up for when she’s done fighting, more power to her. Wish her all the best.” 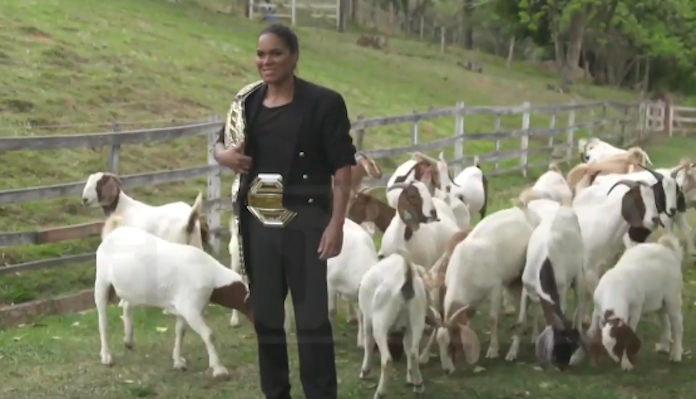 “It was always in my head that one day, I want to have (my own) space. I wanna see all my victories on the wall, putting my logo (up). Honestly, I feel like a lot of fighters wanna do that at some point in their career. This is the moment for me. I wanna go on my own for a little bit.”

As for what is next for Amanda Nunes, a rematch with Julianna Pena will take place following the conclusion of TUF 30.

This article appeared first on BJPENN.COM
Previous articleIsrael Adesanya confirms he’s fighting Jared Cannonier next, says he has “other plans” for Sean Strickland
Next articleChael Sonnen explains the one thing Joe Rogan does that other commentators can’t do
© Newspaper WordPress Theme by TagDiv