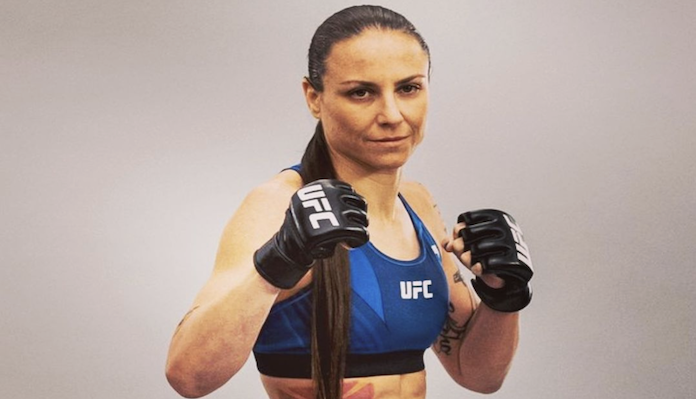 Nunes entered the fight with Dern as the betting favorite, but she suffered a first-round defeat when Dern was able to get her down to the mat and tap her out with an armbar. For Nunes, it was her first fight in nearly two years due to becoming a mom, and the ring rust showed in the cage. However, she is still a top-10 ranked fighter in the women’s 115lbs division, and the loss won’t drop her too much in the women’s strawweight standings.

Following the loss to Dern, Nunes posted two statements on her social media where she spoke about the loss and congratulated her opponent on the biggest win of her career.

After every fight…. win or lose, I do the same thing. Smile, eat everything I see, go shopping and take a vacation. Don’t be too hard on yourself people. Tomorrow is another day. I am truly blessed. Ready for the future. #comewhatmay.

No excuses. I took this fight because I felt I was ready. I will be back. Thank you to all my coaches and teammates who helped me prepare for this fight. Thank you to my family and friends for always believing in me. Congratulations to my opponent @mackenziedern. Tonight was her night.

For Nunes, it’s a tough loss because she was ranked close to the top-5 at women’s 115lbs after going 4-1 over her last five fights heading into this matchup. This loss gives her two straight defeats and given how strong this division is, it seems like it will be an uphill climb to get back into title contention. But Nunes is confident that she can get there again.

What do you think is next for Nina Nunes after losing to Mackenzie Dern?