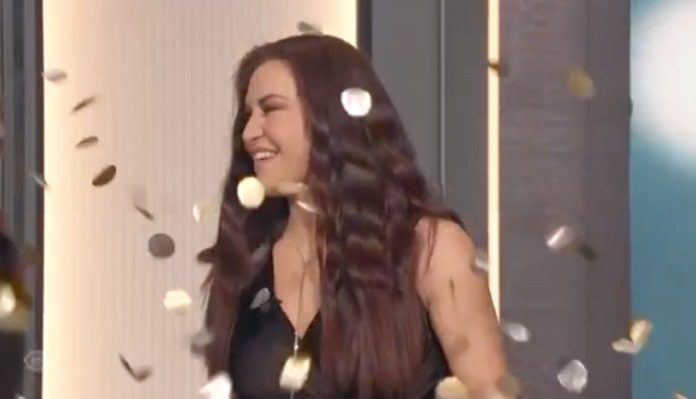 The former UFC bantamweight champion was one of the 11 houseguests including the likes of Lamar Odom, Chris Kirkpatrick, Chris Kattan, and Shanna Moakler amongst others. Tate, along with the other contestants would be in the house for three weeks and compete in competitions and vote each other out until one remained.

From the get-go, Tate was the clear frontrunner as she won the opening Head of Household leaving her to be safe and forcing her to nominate two people for eviction. She ended up winning four HOHs and two Power of Veto’s which can be used to take someone off the chopping block.

Tate and her main alliance member, Todrick Hall ran the house as the former UFC champion was only nominated once. She also determined who was going to go home and when and was never in danger of leaving the house as she played nearly a perfect game. Tate ended up winning by a vote of 7-1 and won the grand prize of $250,000.

Even though she was in the house, she was still seen working out and training MMA and was vocal about her upcoming fight. At one point she said she needed to drop 19lbs to make flyweight and was excited to make the drop to a new weight class.

Miesha Tate (19-8) is set to return to the Octagon on May 14 against Lauren Murphy in her flyweight debut. She’s coming off a decision loss to Ketlen Vieira in the main event of a Fight Night card in November. Prior to that, she TKO’d Marion Reneau in her return to the sport after a five-year retirement. In her career, ‘Cupcake’ holds notable wins over Holly Holm, Jessica Eye, and Sara McMann among others.

What do you make of Miesha Tate winning Celebrity Big Brother? Sound off in the comment section, PENN Nation!