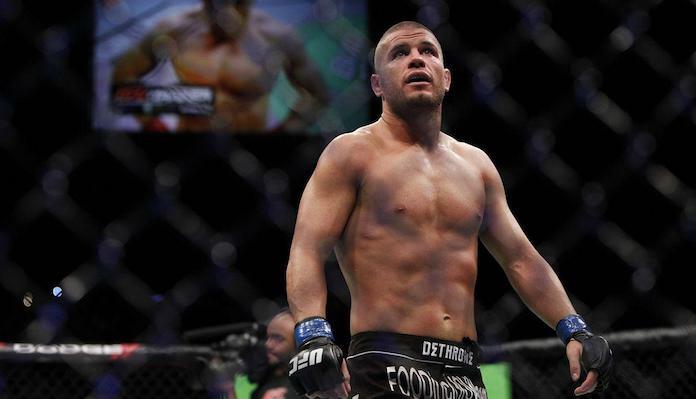 Matt Wiman has announced his retirement from mixed martial arts after a tough, knockout loss and his exit from the UFC roster.

Wiman, 37, returned to action at UFC Vegas 16 last Saturday, when he found himself on the wrong end of a viral, slam-induced knockout in a fight with rising prospect Jordan Leavitt. The loss pushed him onto a three-fight losing-streak, and also marked the final obligation on his latest UFC contract. He did not sign a new deal with the promotion, and will instead be hanging up his gloves for good.

“To be clear, I wasn’t cut, I wasn’t released,” Wiman said via text message. “This was my last fight on my latest contract, and we mutually decided I can fight it out and go from there. I decided to retire shortly after the bout.

“It was an easy, relieving decision that was harmonious with the promotion’s stance,” Wiman added. “This mind and body did everything it set out to do and more. Super pleased and grateful.”

Matt Wiman hangs up the gloves with an overall MMA record of 16-10. Prior to his loss to Leavitt, he was defeated by Joe Solecki by decision and Luis Pena by third-round TKO. His last win occurred 2014, when he defeated Isaac Vallie-Flagg by decision.

Over the course of his UFC career, which began after a stint on The Ultimate Fighter 5 in 2007, Wiman picked up victories over notable opponents like Michihiro Omigawa, Thiago Tavares, Mac Danzig (twice), Cole Miller, Paul Sass, and Vallie-Flagg. He also came up short in battles with high-level foes like Jim Miller, Sam Stout, Dennis Siver and TJ Grant.

What are your favorite moments from the lengthy MMA career of the lightweight veteran Matt Wiman? Let us know in the comments section.