Kamaru Usman has come to bat for his former rival Jorge Masvidal, this following some recent criticism from Conor McGregor.

Earlier this week it was announced that Masvidal (35-15 MMA) had been forced to withdraw from his slated welterweight fight with Leon Edwards at UFC 269 due to a undisclosed injury.

The news sent shockwaves throughout the mixed martial arts community and a number of fighters, including Nate Diaz, Colby Covington and Conor McGregor (22-6 MMA) slammed ‘Gamebred’ for pulling out of the contest.

“It’s also Jorge Masvidal’s birthday but he’s a bitch for bottling the fight against Leon. F*ck your ‘injury’. You sign to fight, you fight. Strip that belt from him that he never even won. Hoe in a housecoat. The f*ck was that about as well? Last seasons Versace house coat hahaha wtf!” –  McGregor tweeted in reaction to Masvidal’s UFC 269 withdrawal. 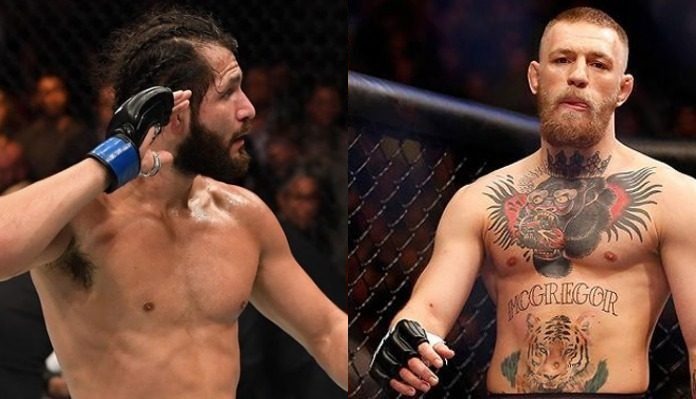 While Jorge Masvidal was quick to address the Irishman’s comments with his own fiery response (see that here), he also got some help from an unlikely ally.

This afternoon, UFC welterweight champion Kamaru Usman, who is responsible for Jorge Masvidal’s current two-fight losing skid, took to Twitter where he went to bat for ‘Gamebred’ against ‘Notorious’.

You should be quiet. You cry about injuries more than anyone after you get your ass whipped. Foot,Ankle, Shin what else am I missing? https://t.co/JPfHfSMehg

“You should be quiet. You cry about injuries more than anyone after you get your ass whipped. Foot, Ankle, Shin what else am I missing?” – Usman captioned McGregor’s diss.

Kamaru Usman (20-1 MMA) is of course coming off of a thrilling unanimous decision victory over Colby Covington which occurred at last weekend’s UFC 268 event in New York. Prior to earning his second career victory over ‘Chaos’, Usman had scored a brutal knockout win over Jorge Masvidal at UFC 261.

Are you surprised that reigning UFC welterweight champion Kamaru Usman came to bat for his former opponent Jorge Masvidal?