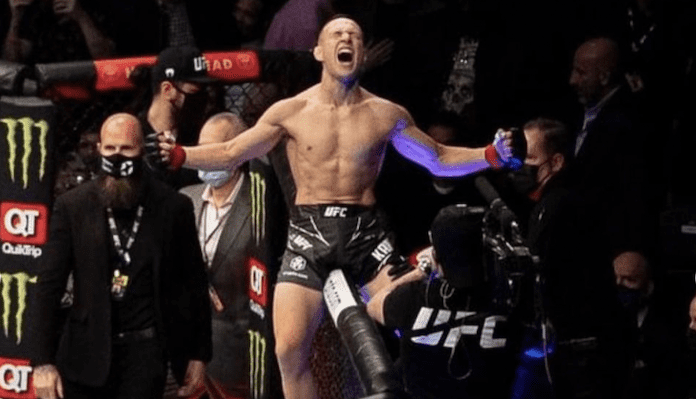 Kai Kara-France ran into one of his childhood bullies recently.

Kara-France is the number two-ranked UFC flyweight. He extended his winning streak to three on March 26 against Askar Askarov. Kara-France won the fight via unanimous decision.

On the cusp of a potential title opportunity, Kara-France happened to bump into one of his bullies from childhood. He detailed the experience when speaking to Ariel Helwani on The MMA Hour (h/t Bloody Elbow).

“But, crazy story, I actually bumped into one of my bullies, like, not even four or five months ago,” Kara-France recounted. “I was just at a takeaway spot close to my house. And then this guy comes up to me and he’s like, ‘Hey Kai!’ And I was like, ‘Hey bro, do I know you?’ And he was like, ‘Yeah, it’s me.’ I won’t say his name, but he’s like, ‘Yeah, it’s me, we went to high school together.’ I was like, ‘Oh shit, I didn’t recognize you at all.’ Because, obviously, it was more than 10 years ago.

“And he’s a tradie now, different life. But he was like, ‘I’ve been following your journey, bro! Big fan.’ And in my head I was just, ‘Bro, I should give you a hiding right now.’ But then I was like, ‘I should probably thank you, because you’re the reason why I started this. Here we are now. Life works out. You know, I’m one of the best fighters in the world now because of you.’”

Kai Kara-France has been rolling at 125 pounds. He’s beaten the likes of Askarov and Cody Garbrandt. Kara-France may be waiting a while for that title shot, however.

The UFC was reportedly targeting a fourth bout between flyweight champion Deiveson Figueiredo and Brandon Moreno this July. Plans may have changed as Figueiredo suffered a hand injury and can’t hit the pads now.