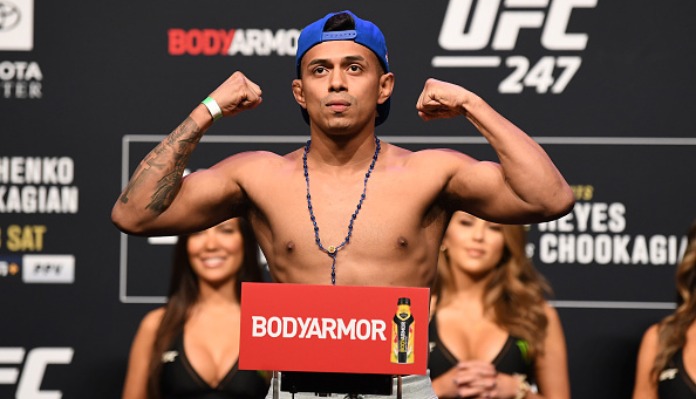 Jonathan Martinez wants to fight a ranked opponent next and believes Frankie Edgar makes the most sense.

Martinez picked up his third win in a row as he beat Vince Morales by decision at UFC Vegas 55. The fight was one-sided and Martinez knew he won all three rounds when the fight went to the scorecards.

“I felt like I won every round,” Martinez said to BJPENN.com. “I’m happy with my performance, as I did switch my stance and showed some new things to my game and improving.”

As Martinez says, part of the reason why he is so happy with his performance is due to the fact he switched his stance regularly throughout the fight. He says that is something he worked on for a while as he believes it will make him that much better as it’s only going to make him harder to prepare for.

“I just wanted to try something different and switch my stance and stuff,” Martinez said. “I always fight left-handed but the whole camp we were focused on switching stances and I think that helped me a lot in the fight.”

“I want to fight Frankie Edgar next. He has a big name and is ranked and I used to watch him. It’s the same thing as when Almeida came up, I used to be a big fan and I want to fight guys I’m a fan of. It would be pretty awesome to fight him,” Martinez concluded.

Would you like to see Jonathan Martinez vs. Frankie Edgar next?