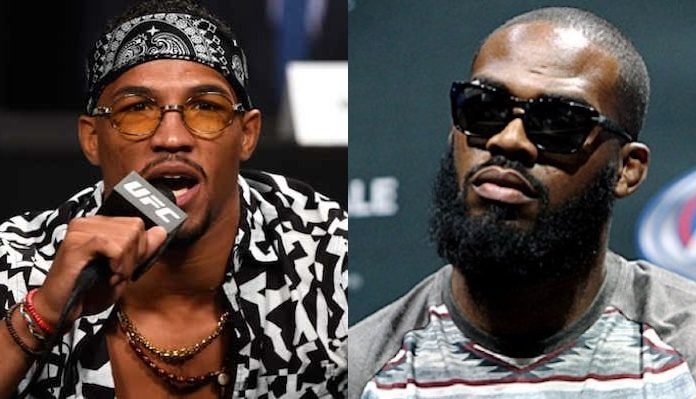 UFC lightweight contender Kevin Lee is known for his innovative fashion choices, but not all of his outfits are well-received among his peers. One of Lee’s recent looks, for example, generated a negative comment from UFC light heavyweight champ Jon Jones.

“I swear my daughter has that same jacket,” Jones wrote on one of Lee’s Instagram posts.

Shortly after Jon Jones made his comment, Kevin Lee responded in bold fashion, challenging the light heavyweight champ to a fight — even though he knows the risk of a loss would be incredibly high.

“Make no mistake, I’m not afraid of shit. Even if imma take a L, i can’t let disrespect slide without retaliation. We can throw knuckles too, Jon.
Sincerely,
Mr. I don’t give a f**k” – Kevin Lee on Instagram.

Kevin Lee last fought in December, when he lost a decision to Al Iaquinta in a fairly significant upset. Prior to loss, Kevin Lee defeated Edson Barboza by stoppage, and lost to Tony Ferguson by submission in an interim lightweight title fight.

What do you think of this surprising beef between Jon Jones and Kevin Lee?