Richard Schaefer, the new advisor to MMA legend Jon Jones, has detailed his strategy to represent ‘Bones’ against the UFC.

According to Schaefer, he was recently introduced to Jones through a mutual friend, and after meeting with Jon he knew “this is the kind of guy” he’d like to work with.

“When I sat down with him, I was really impressed how articulate he was, how well he came across, just his thought process and everything,” Schaefer said Thursday in an “MMA Today” interview on Sirius XM (h/t MMAJunkie). “I really felt this is the kind of guy I’d like to work with.”

Jon Jones (26-1 MMA) was originally slated to make his heavyweight debut against the winner of Francis Ngannou vs. Stipe Miocic at UFC 260. However, after ‘The Predator’ dethroned Miocic in brutal fashion with a second round KO, negotiations between ‘Bones’ and the UFC quickly went south.

Now under the guidance of former Golden Boy Promotions CEO Richard Schaefer, UFC President Dana White appears to be more optimistic that a deal can be reached with Jones and company.

That feeling is shared by Schaefer, who made it clear that his intention is to get ‘Bones’ booked against Francis Ngannou as soon as possible.

“There’s this big fight out there, the fight against Francis Ngannou,” Schaefer said. “That’s the fight everybody wants to see (Jones vs. Ngannou). That’s what fight fans want to see – not just UFC fans, fight fans period – and that’s really my task, is to see if there’s a way to get that fight done and represent Jon Jones the legend against UFC, to see if we can get it done.”

“Dana (White) and me have a great relationship. We respect each other. We’ve known each other for a long time. And I think you saw that yesterday with his comments, as well,” Schaefer said. “I respect him; he respects me. I know the pay-per-view business as good as probably anyone; so does he. It’s really a matter of finding some common ground, so we will be meeting soon to see if we can structure a deal that everybody can live with.” 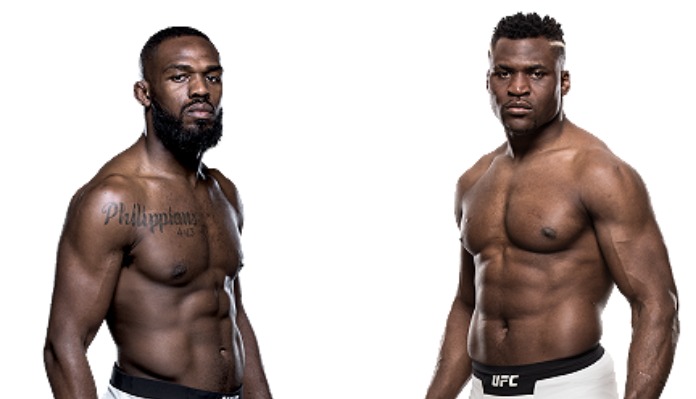 As for how he plans to deal with Dana White and the UFC brass, Schaefer offered the following comments.

“When you start negotiating fights in the media, and people are starting to dig in their heels and say, ‘Well, this is too much,’ and people who maybe even aren’t supposed to talk are throwing out crazy numbers, which didn’t even come from the athlete himself (Jon Jones), and people are getting pissed off at each other, that’s not the way you get deals done,” Schaefer said. “These (big fights) don’t get done through the media and Twitter and Instagram and things like that. They get done by professionals sitting down at the table talking about the different revenue streams and negotiating a deal. … That’s really the problem, because otherwise things get out of hand.”

While Schaefer would not disclose a date, he says that he will be meeting with Dana White and company soon in hopes of reaching a deal for Jon Jones to fight Francis Ngannou.

“That’s exactly what I just said. I’m gonna be meeting with them, we’re gonna sit down, and you’re not gonna hear from me a peep until such time when that peep is gonna be, ‘Guys, we have a fight,’” Schaefer said. “Anything in between, like tweeting or messaging or talking, is just counterproductive, and I’m not gonna get caught up in that. That is exactly why I delivered the biggest fights there were in the last 15, 20 years in boxing.”

Do you think Richard Schaefer will be able to secure a deal with UFC officials for Jon Jones to fight reigning heavyweight champion Francis Ngannou?