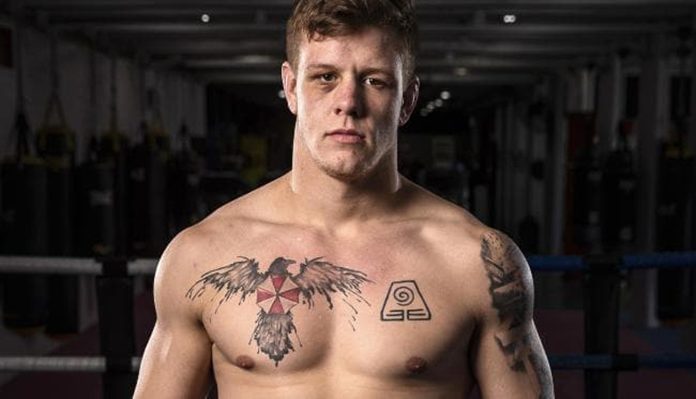 Crute was the betting favorite heading into the bout with Smith and he was doing well early on in the fight with his takedowns, but a leg injury caused the doctor to stop the fight at the end of the first round. Following the loss, the Aussie took to his social media to release a statement following the loss to Smith. Take a look at what Crute wrote on his Instagram.

Crute: I would have rather gone out on my shield. Anyone that knows me knows I would have fought on. I’ve fought with one leg before and would have done it again. I wanted to bring the win home for Anzac Day more than anything. Guess it just wasn’t meant to be. @lionheartasmith thank you for the opportunity brother. No one else in your position would have the balls to risk their spot in the rankings. They don’t call you the lionheart for no reason. This sport has the highest of highs and the lowest of lows and I don’t even know if it’s worth it sometimes that’s something I need to think about. Thank you for the messages of support. I wish I could reply to everyone. Just know that I’m fine just gutted.

It was a tough way for Crute to lose and it snapped his two-fight win streak. Fortunately for Crute, he is only 25 years old and has a long career ahead of him. Although the injury looked really bad on TV, Crute is a young man and he should be able to make a full recovery after his leg gave out of him against Smith in their UFC 261 main card fight.

What do you think is next for Jimmy Crute following his TKO loss to Anthony Smith at UFC 261?