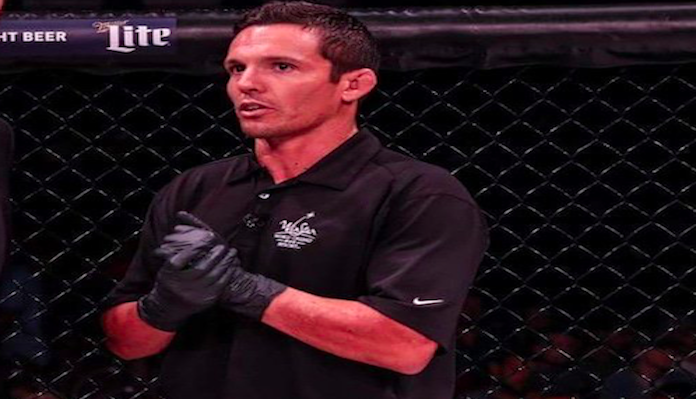 Referee Jason Herzog responded to the backlash from fans after taking a point from Deiveson Figueiredo in the main event of UFC 256.

In the third round of the epic title fight between Figueiredo and Moreno, the champ connected on a vicious low blow that caused Moreno a considerable amount of pain. Figueiredo had also committed a lesser foul earlier in the fight with an accidental eye poke, and Herzog decided that it was time to take a point. The referee, wanting to get the fight under control, deducted one point from Figueiredo for the low blow foul.

At the end of 25 minutes, the point deduction came into play and the fight ended up being scored a majority draw. Had Figueiredo not been deducted a point, he would have won a unanimous decision on the judges’ scorecards. However, the point came into play. That caused some fans to be upset because no one likes a draw. But the referee was well within his right to deduct a point from Figueiredo, and he did.

Taking to social media following UFC 256, Herzog responded to upset fans. Check out what Herzog wrote on his Twitter in response to a fan saying that he blew the call.

Be honest…how much did you lose?

It’s a funny response from one of the sport’s top officials, and he’s not wrong. The gambling component of sports, especially MMA, lends itself to these kinds of controversial fights causing at least one side to be upset. Clearly, there are some fans out there that don’t believe the referee should have taken a point. But Herzog is one of the top referees in the sport and if the said that point deduction was warranted, you have to give him the benefit of the doubt based on his mostly impeccable track record.

Do you think Jason Herzog made the right call taking a point from the champ?