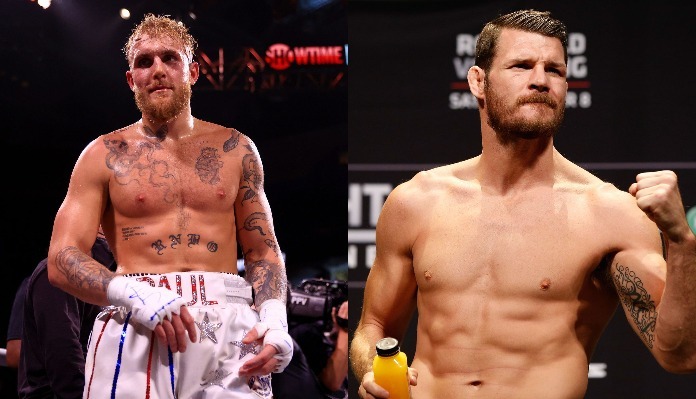 Jake Paul has opened as the betting favorite to beat Michael Bisping in a potential boxing match.

Recently, Paul and Bisping have taken shots at one another as the brash YouTuber-turned-boxer called him out. The former UFC champion and Hall of Famer expressed some interest but the only hesitation is him getting licensed due to his eye.

“So, do I want to fight Jake Paul? Listen, here’s the thing, I had a great career. I’m very happy with what I accomplished,” Bisping said on his YouTube channel. “I’m happily retired, I’m very, very happily retired. But I do miss the thrill of competition. I don’t see Jake Paul as necessarily a threat. I retired from fighting because I only had one eye and I didn’t want to risk my other eye. In boxing, bigger gloves, against Jake Paul, again, I don’t really see him as a threat. So Jake Paul, beating you up sounds like fun.”

With Bisping and Paul both showing interest in the bout, Bodog opened odds for the fight with the YouTuber being over a two-to-one favorite.

Jake Paul is currently 5-0 as a pro boxer and last fought back in December when he knocked out Tyron Woodley. He went 3-0 in 2021 with a split decision win over Woodley and a KO win over Ben Askren. Paul has said he will return in August and he’s looking to have Bisping as his opponent.

Michael Bisping, meanwhile, is 30-9 as a pro and retired following a KO loss to Kelvin Gastelum. He took the fight on short notice just weeks after losing by submission to Georges St-Pierre to lose his middleweight title.

Do you think Jake Paul vs. Michael Bisping happens and are you surprised by these odds?