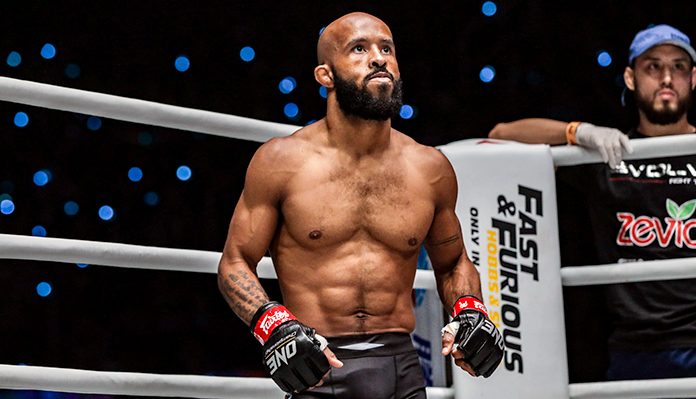 Adesanya was a recent guest on “Ebro in the Morning” and was asked by the hosts who he believed is the top P4P fighter in mixed martial arts.

“The Last Stylebender” said that it’s “Mighty Mouse.” Check out what Adesanya said below (h/t TheBodyLockMMA.com).

“The best fighter in the world right now? Demetrious ‘Mighty Mouse’ Johnson,” Adesanya said. “Unfortunately, he’s not in the UFC anymore but I don’t think he has anything to prove in the UFC.”

Between 2012 and 2018, Johnson was undefeated while fighting in the UFC, generating a 13-0-1 record during that time. He was the UFC’s first-ever flyweight champion when he won the promotion’s tournament for the inaugural belt in 2012, and he went on to defend the flyweight championship 11 times over fighters such as Joseph Benavidez, Henry Cejudo and Kyoji Horiguchi. He eventually lost the belt by split decision to Cejudo in their rematch in August 2018 and was later traded to ONE Championship for Ben Askren.

Since signing with ONE, Johnson has continued his winning ways, recently winning the promotion’s flyweight Grand Prix with three straight wins. Adesanya noticed Johnson’s performance in the tournament and gave high praise for everything he’s done.

“The guy, the way he operates at that weight class. He’s just so… it’s just different. Some of the sh*t he did, like when he caught the guy with a suplex flying armbar (Ray Borg). That was nuts. Who does that?” Adesanya said.

Though Johnson is no longer in the UFC, he has still looked amazing since signing with ONE. Aside from the split decision loss to Cejudo, Johnson only has two other losses in MMA, decision defeats to Dominick Cruz and Brad Pickett. His overall career record stands at an incredible 30-3-1.

Do you agree with Israel Adesanya that Demetrious Johnson is the top pound-for-pound fighter in MMA?