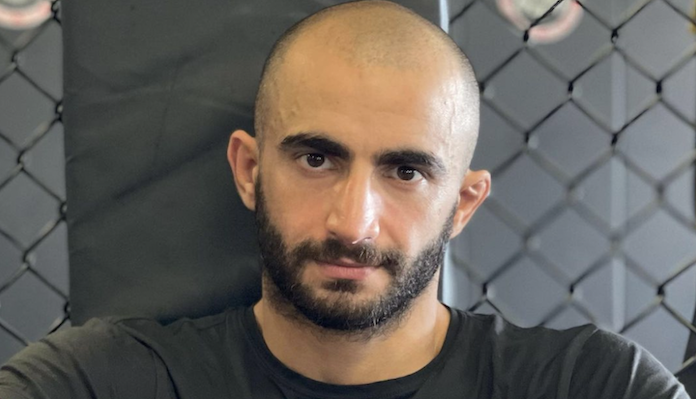 This weekend, Giga Chikadze will help kickstart the UFC’s 2022 schedule when he meets Calvin Kattar in a fascinating Fight Night main event. If he wins, there’s a good chance he’ll be one of the next men in line for a shot at the UFC featherweight championship.

The Georgian has had a stellar career up to this point but if he can knock off Kattar, it’ll be a huge sign of what he can do moving forward at 145 pounds.

Outside of his training schedule, though, Chikadze makes sure to stay active on social media – which is one of the reasons why he’s taken a keen interest in the ongoing feud between Ariel Helwani and Dillon Danis.

Stop bullying little kids i’m not interested coming on your show drama queen I speak to really guys don’t post the other conversation with people online Real men don’t do this and also don’t cry on life television https://t.co/QyxAELAd6z pic.twitter.com/8xM3bE3PHV

My son MAX will Handle him https://t.co/129kh8KOCz

Ever since leaving ESPN, Ariel Helwani hasn’t been holding his tongue when it comes to subjects he disagrees with. Dillon Danis has been at the heart of his latest tirade and while some people don’t enjoy the manner in which Helwani makes the headlines, it’s certainly newsworthy.

Chikadze has bigger fish to fry this weekend but we’d be surprised if there isn’t some kind of reply from “Heelwani” in the next couple of days.

Do you agree with Giga Chikadze? If not, what are your thoughts on the rivalry between Ariel Helwani and Dillon Danis? Should MMA media members be engaging with fighters like this? Let us know your thoughts on this bizarre saga as well as Chikadze’s fight this Saturday down in the comments, BJPENN Nation!