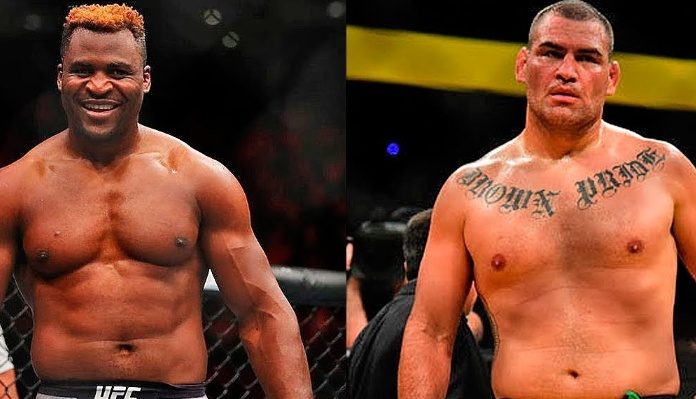 According to essentially everyone at the American Kickboxing Academy (AKA), one of the best fighters to ever walk through their doors has been ready to return to action for the entirety of 2018.

And now it looks like he will be finally doing so.

ESPN’s Ariel Helwani has reported that a big-time heavyweight bout between former two-time UFC champion Cain Velasquez (14-2) and Francis Ngannou (12-3) is being targeted for the main event of UFC Phoenix on February 17. This card will be the first to air on the ESPN channel.

UFC is in serious talks to book Cain Velasquez vs. Francis Ngannou as the main event for UFC Phoenix on Feb. 17, according to multiple sources. The fight isn't finalized just yet, sources say, but is currently moving in the right direction. https://t.co/ujYDrFevm4

“UFC is in serious talks to book Cain Velasquez vs. Francis Ngannou as the main event for UFC Phoenix on Feb. 17, according to multiple sources. The fight isn’t finalized just yet, sources say, but is currently moving in the right direction.” Helwani tweeted.

For the former heavyweight king Cain Velasquez, this would be his first fight since UFC 200 in July 2016 when he TKO’d Travis Browne in just under a round.

Plagued with injuries since 2013, Velasquez has only fought twice since that year and gone 1-1 in the process.

Ngannou is fresh off his 25-second knockout over Curtis Blaydes in their rematch at UFC Beijing. The win snapped the first two-fight skid of his career but didn’t really tell us whether or not Ngannou had fixed up the holes that he had shown in the losses. Perhaps Velasquez will be the one to help us get some answers.

As for the rest of UFC Phoenix, it has really started to take shape after UFC 233’s cancelation. Here’s the card as it currently stands (not all bouts officially announced):