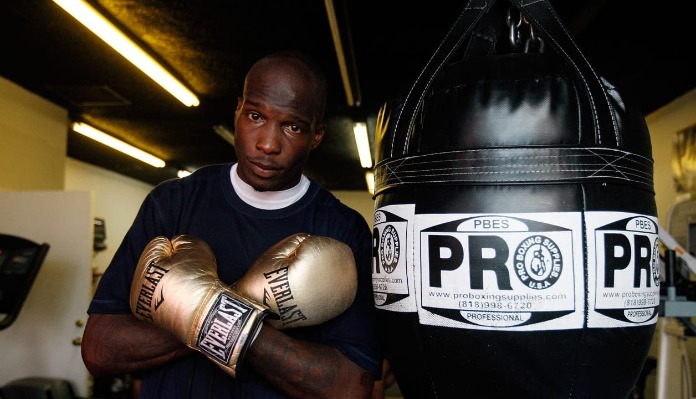 Chad Johnson now has an opponent for his boxing debut on the Floyd Mayweather vs. Logan Paul undercard.

The former NFL wide receiver recently announced he would be boxing on the undercard and many were eager to see who Johnson would face.

“Everything in life I’m good at outside of golf,” Johnson said on the podcast. “June 6, ‘Sweet Feet Johnson’ is going to go in there and do what I do best.”

Chad Johnson, of course, has no professional boxing experience and many expected him to face another retired athlete. Pacman Jones had called him out, but Johnson decided to take the fight with Maxwell.

Brian Maxwell is 33-years-old and is 2-3 in MMA. He last fought in February and lost by TKO to Gaspard Pierre in a boxing match. Prior to that, he had three straight fights in BKFC losing two by TKO to Ulysses Diaz and Jared Warren, and dropped a decision to Tee Cummins.

It’s uncertain how good Johnson will be given he has no pro boxing experience. However, he has been training for quite some time as he used to train at the Mayweather gym during the off-season when he was in the NFL.

Johnson vs. Maxwell will serve as an undercard bout to Floyd Mayweather vs. Logan Paul on June 6 in the Hard Rock Stadium in Miami, Florida. The event will also be on pay-per-view.

Another notable fight on the undercard is a legit boxing match as Jean Pascal and Badou Jack have their rematch. They fought to a very close and bloody decision in 2019, but it was Pascal winning a split decision.

Do you think Chad Johnson will beat BKFC veteran Brian Maxwell on June 6?