Arguably one of the hardest challenges of MMA begins before the fight has even started: weight cutting.

The primary purpose of cutting weight is to make the limit set by the division that the fighter has chosen to compete in. The process involves dehydrating the body and can create major health complications and even hospitalization. Today at BJPenn.com, we cover the biggest weight cut blunders that have hindered fighters’ careers:

Deiveson Figueiredo a fly over the weight limit

The top flyweight fighter, Figueiredo, finally got his shot at the title after Henry Cejudo relinquished the 125-pound belt due to inactivity. Figueiredo’s opportunity came in the main event of UFC Norfolk on February 29th, 2020. However, the weigh-in spelt disaster for the Brazilian as he missed the mark and weighed in at 127.5 pounds.

Figueiredo lost 30% of his purse winnings and his eligibility for the flyweight title. He also lost $25,000 in Promotional Compliance Guidelines pay (his payment for wearing Reebok in the Octagon).

Adding insult to injury, Deiveson Figueiredo actually won the bout by TKO, but the title remains vacant due to his weight blunder. Now, it is anticipated he will run it back with Joseph Benavidez in a rematch. Hopefully, the 32-year old has learnt his lesson and won’t miss weight in a second title shot. 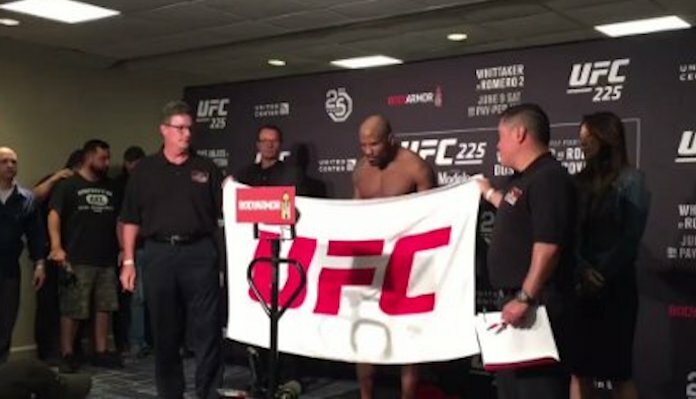 Yoel Romero has been so close yet so far to the middleweight title. In fact, “The Soldier of God” would have claimed the 185-pound belt in 2018 if it wasn’t for missing weight.

At UFC 221, The 41-year old filled in as a last-minute replacement for Robert Whittaker to fight Luke Rockhold. The quick turnaround worked against Romero, as he weighed in at 187.7 pounds and ultimately forfeited his eligibility for the middleweight crown. The bout proceeded as catchweight, and Romero finished Rockhold with a showstopper KO finish in the third round.

Yoel Romero has fought for the belt three times now and each time has returned empty-handed. In his last attempt, he fought Israel Adesanya in the main event of UFC 248. Many fans criticized the fight for a lack of action, and the veteran title-challenger ultimately lost by unanimous decision.

Travis Lutter and “The Spider” submission

Travis Lutter’s UFC career got off to a promising start. He won the comeback season of The Ultimate Fighter alongside Matt Serra and was awarded the chance to fight MMA legend, Anderson Silva for the promotions 185lbs title.

He got his opportunity to fight “The Spider” in the main event of UFC 67. However, things got off to a shaky start as Lutter missed weight, sacrificing his opportunity to grab the middleweight title. Despite being a jiu-jitsu black belt, Lutter didn’t live up to expectation and Silva out-grappled the TUF winner. Travis was submitted by Anderson in the second round.

Lutter fought once more in the UFC and lost again to Rich Franklin by TKO. He was ultimately released from the organization, an anti-climatic finish to an otherwise promising career. 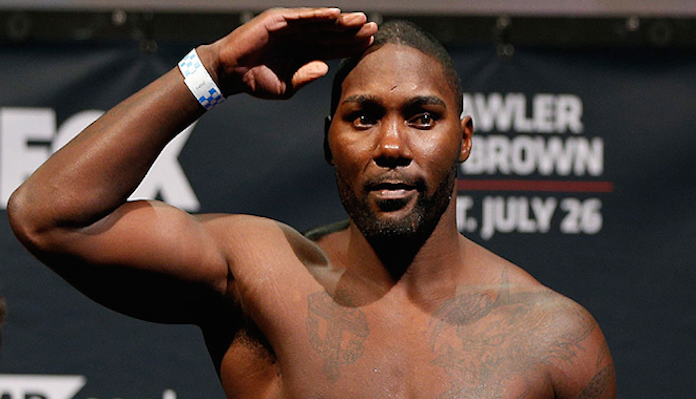 Anthony “Rumble” Johnson’s career has been blighted by weight cutting mishaps. His notorious run of missing weight, began in 2009. When competing at welterweight, he hit the scales a 177.5 pounds, and 176 pounds instead of the 170-pound threshold. The heavy hitter was forced to move up to middleweight, but that wasn’t enough to stop the same from happening again.

“Rumble” was booked to fight Vitor Belfort at middleweight but he still came in a whopping 11 pounds over the 185-pound limit. He was fined 20 % of his fight purse and they proceeded in a catchweight bout.

UFC President Dana White blasted Johnson as being “unprofessional” for continually missing weight and released the power puncher from the promotion following his loss to Belfort.

However, “Rumble” eventually returned to the Octagon at a more suitable weight category, light heavyweight. His last fight was a submission loss to Daniel Cormier in 2017. With almost three years since his last bout, Johnson announced earlier this month, he plans to make a comeback. Let’s hope there are no more weight cutting blunders to taint his return.

Johny Hendricks and the road to retirement 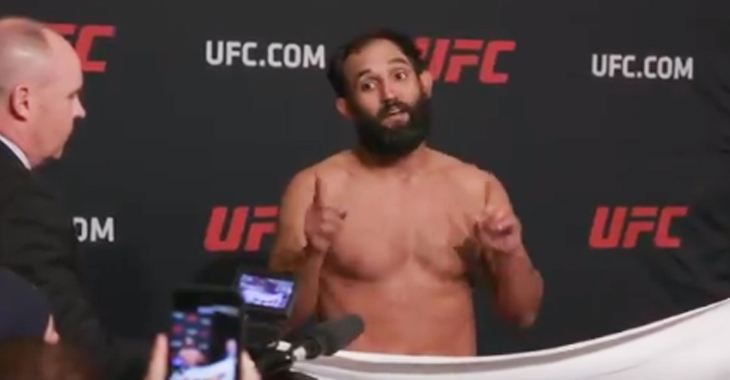 Johny Hendricks also has a reputation for multiple missed weigh-ins. “Bigg Rigg” made a name for himself in the welterweight division, especially during his closely contested bout against UFC legend, Georges St-Pierre.

Hendricks also missed weight two consecutive times in 2016. He came in a quarter of a pound over the welterweight limit against Kelvin Gastelum. He also missed weight by 2.5 pounds in his next fight against Neil Magny. The extra pounds weren’t enough to guarantee a win as he lost to both fighters by unanimous decision.

In an effort to make the correct weight, he moved up to the promotions middleweight division. The change in weight category wasn’t enough, as Hendricks weighed in three pounds heavier than the middleweight limit for his 2017 bout with Tim Boetsch. His career took a turn for the worse as he lost via TKO against Boetsch. He suffered the same fate against Paulo Costa in his next fight, before making the decision to hang up his gloves once and for all.

What weight-cutting blunder shocked you the most? Let us know in the comments below.