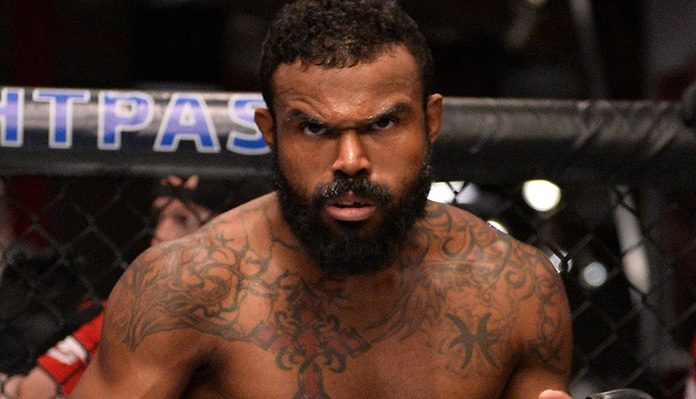 One of several Roufusport fighters poised to make a run is the ‘Native Psycho’ Jordan Griffin who is ready to take the UFC’s featherweight division by storm.

Before Griffin can unleash his brand of violence upon the UFC’s 145-pound division he must first make his debut. He will do so on December 15 as he takes on Dan Ige in his official first UFC bout which takes place in his own backyard of Milwaukee, Wisconsin.

“It feels amazing and unbelievable,” Griffin told BJPenn.com when asked about his upcoming fight. “It literally couldn’t be happening at a better time. I used to live right up the block from the Bucks arena.”

Things are undeniably going well for the 28-year-old. However, Griffin will have his hands full come December 15. His opponent, Ige is coming off the most impressive win of his career. Ige smashed another former Dana White’s Tuesday Night Contender Series alum in Michael Santiago in enemy territory at UFC 225 in June.

“My coaches have watched a lot of tape on him (Ige),” Griffin revealed. “I watched a little bit of it. I saw his last win and the one before that. He lost that one by decision. We are coming up with a game plan, he is 1-1 in the UFC and I think he is going to have some problems with me.”

Griffin is an interesting match-up for several high ranking featherweights. That is an observation that the Native Psyco is keen too. To say that Griffin has been keeping tabs on his competition may be an understatement. The lifelong Wisconsin native has played fantasy matchmaker a time or two.

“I’ve been looking at the top 10 – top 15 guys for a while now,” said Griffin. “I’ve played it out in my head, what would I do if I got that guy, or what would I do about this guy. Good, advise I got early on in my career was fight everyone differently.”

It’s fair to say Griffin follows instruction well. After all, under coach Duke Roufus, he has been running through the competition. A path that has taken him straight to the UFC.

“Its really a dream come true,” Griffin emphasized. “I get to fight in a city that I have lived in my entire life and it’s my UFC debut.”