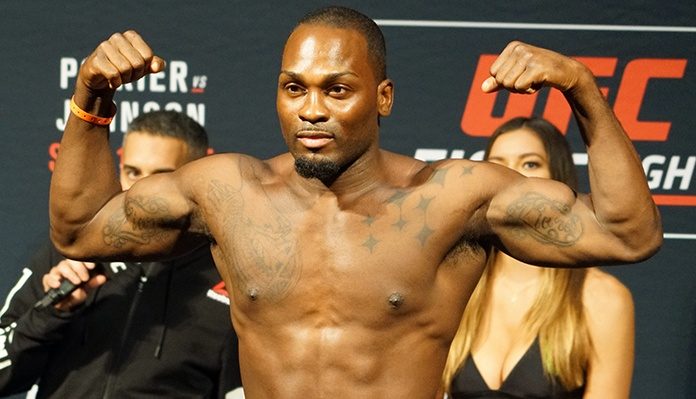 There was a lot of expectation heading into Brunson vs Holland this past weekend, with the latter being tipped for stardom with a big victory. In the end, though, it was Brunson who was able to impress with a unanimous decision win that takes his current win streak up to four. The veteran utilized his wrestling advantage in the contest to get his hand raised.

Holland, on the other hand, seemed to focus most of his attention on being funny and talking to both Brunson and even UFC legend Khabib Nurmagomedov at cageside.

When asked about his opponent’s antics, Brunson had the following to say in the post-fight press conference.

Derek Brunson said he was going to talk back to Kevin Holland during the fight but then just thought “this guy is just stupid. He’s just laying here, talking, not improving position.” #UFCVegas22 pic.twitter.com/rZJXEqBtke

“Listen, Holland man, you gotta do better than that, that was pretty stupid. Work to get out of positions. You’re talking the whole time. I was gonna talk back to him during the fight but I’m like, ‘This guy is stupid, he’s just laying here, talking, not improving position.’ So I just let him hang, I didn’t wanna break his rhythm, just let him keep doing his thing.”

There’s been a whole lot of criticism thrown in the direction of Kevin Holland and it’s not exactly hard to see why. However, it’s also worth shining a light on Derek Brunson.

In the wake of his win over Edmen Shahbazyan, this is the second time in a row that Brunson has been able to derail a young fighter that was perceived to be on the rise in the UFC. Now, he has to focus on getting himself back into title contention after turning his career around in a big way over the last few years.

Some see it as unlikely, but you just never know in this game.

Will Derek Brunson ever fight for the UFC middleweight title? Let us know your thoughts down in the comments, BJPENN Nation!