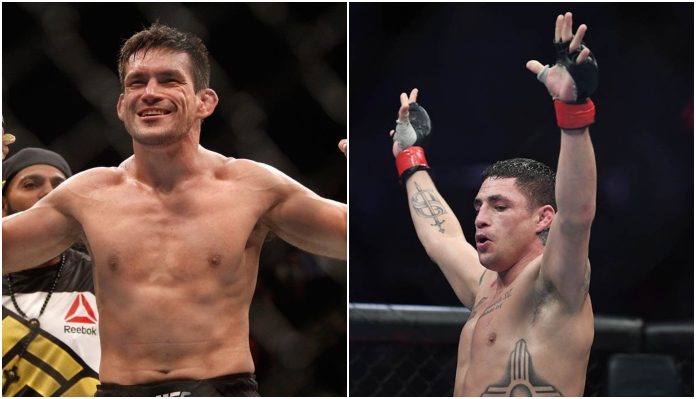 After suffering the first three-fight skid of his lengthy 35-fight career, perennial top 10 welterweight contender Demian Maia was able to snap it with a vintage performance at UFC Fortaleza in early February.

Maia would waste little time against his opponent, Lyman Good before he found himself sinking in a rear-naked choke to get the first round submission victory.

Despite getting back in the win column, the 41-year old BJJ ace realizes that his time inside the Octagon will soon be coming to an end. Therefore meaning that he would like to get in some fun fights before it’s time to call it quits.

”I have a lot of respect for Diego [Sanchez], he is a warrior, and I said on my Twitter, you can never underestimate experience,” Maia told MMA Fighting. “I really thought it was nice to see him go against the odds and get the win [against Mickey Gall]. It’s not easy to be competing at a high level for so long, it’s a tough game, and he deserves a lot of recognition. So, I would be honored to compete against him, after all the history we both have in the sport. Why not?

“[He] approached me before the [Kamaru] Usman fight [at UFC Chile], was super respectful, and I told him that it would be an honor, but it’s obviously not up to us. Time has gone by, we both had some fights, and everybody knows that I don’t go out challenging people, it’s not my style.”

At the recent UFC 235 pay-per-view event, The Ultimate Fighter season 1 winner Diego ‘The Nightmare’ Sanchez strung together his first winning streak since 2011 along with scoring his first finish in 11 years when he TKO’d Mickey Gall in the second round.

Thus showing that like Maia, Sanchez isn’t done just yet either.

“Diego has a very good ground game, often underrated, is experienced, tough, has a lot of heart and has a great pace,” Maia said. “I wouldn’t underestimate him at all, and I think it would be fun, with a lot of interesting scrambles. He is an offensive fighter, so he wouldn’t just try to avoid grappling at any costs, so it would be fun to watch, for sure.

”I think if there’s a time this can make sense, it is now, if it doesn’t happen now, it most likely won’t ever happen.”

As for when the former middleweight and welterweight title challenger may want to fight next, Maia said he hopes to get on UFC 237 which takes place on May 11 in Rio De Janeiro, Brazil.

If not that card specifically, then just some time around May and June.