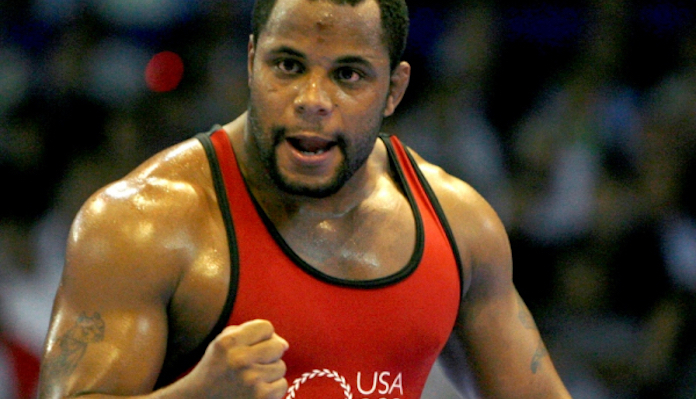 That’s according to the man himself, as ‘DC’ recently opened up on how ‘The Nigerian Nightmare’ became known as ‘Marty’ during his amateur wrestling days.

“You know what I love about that story, though, with Usman, is he said when he started wrestling, they didn’t want to put the effort into calling him by his full name [Kamarudeen]. So, they said, ‘Let’s just call him Marty.’ And then, he had just accepted that. But then, you know, as he became a man, he goes, ‘No. I will be called by my name. I will be called by my given name. Respect me enough to put the [effort]. He almost grew up into his name.”

“And for me, that is so special. Right? You love that he grew into his name. He’s so strong now – as a champion and as a face of the UFC – that that whole story to me is.” Cormier explained, “Because we all called him that. That’s what you called him in wrestling because that’s what everybody else called him. But I will never call him that again because he asked me for; as a friend, as a man that I knew from wrestling, he goes, ‘Hey, man. Call me Kamaru.’”

Kamaru Usman most recently competed at November’s UFC 268 event, where for the second time in his career he defeated Colby Covington to successfully defend his welterweight world title.

Did you know that Usman’s first name is actually Kamarudeen prior to this story from Daniel Cormier? Let us know in the comment section PENN Nation!