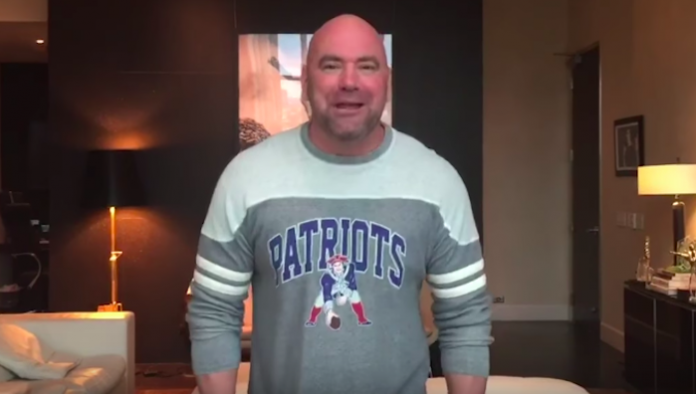 UFC president Dana White has surprised Kyle Forgeard from The Nelk Boys with $250,000 for his birthday.

It’s no secret that The Nelk Boys are pretty close to members of the UFC family, whether it be fighters or the bosses themselves. Dana White, meanwhile, has never been shy about expanding his reach beyond mixed martial arts in the name of drawing in more fans – or just making some new pals.

The Nelk Boys seem to have made a pretty good impression on the UFC president and as such, he’s been more than happy to hang out with them.

Now, as per the following footage, he’s shown Kyle how highly he thinks of him by giving the YouTuber a very nice birthday present.

While Dana is entitled to do whatever he pleases with his money, it’s worth noting that this has caused quite the backlash within the mixed martial arts community.

The primary reason for that is because it helps to kickstart, once again, the issue of fighter pay. Many fans and pundits alike don’t believe the UFC pays their fighters what they’re worth, with only a handful of their biggest stars receiving the kind of salaries that you’d expect from elite combat sports names.

White isn’t going to pay too much attention to that and he’ll instead choose to focus on putting on the very best fights he can, largely because the ESPN deal means there isn’t much of a need for the company to push too far beyond what they’re currently handing out to their roster.

Either way, good for Kyle, and The Nelk Boys, who seem to be doing quite well for themselves.

What are your thoughts on Dana White giving Kyle from The Nelk Boys this kind of money? Let us know your thoughts down in the comments, BJPENN Nation!