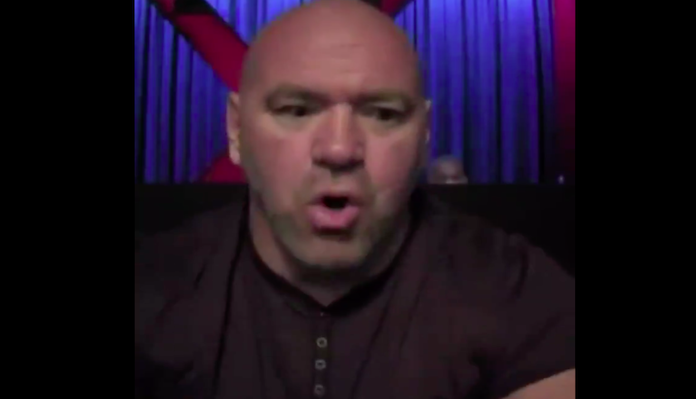 UFC president Dana White reacted to Cory Sandhagen knocking out Frankie Edgar with a flying knee in the co-main event of UFC Vegas 18.

With a potential UFC bantamweight title shot on the line, Sandhagen needed to make a good impression with White and the UFC matchmakers watching intently. He did just that and more when he landed an incredible flying knee right to the chin of Edgar, knocking him out cold. It was one of the best knockouts of the year thus far, and it could be just what the doctor ordered for Sandhagen to get his title shot, as White was impressed by the finish. Check out what the UFC president shared on his Instagram.

The big KO win over Edgar improves Sandhagen’s UFC record to an impressive 7-1, and he’s currently riding a two-fight win streak with highlight-reel KOs over Edgar and his teammate Marlon Moraes. Following the fight, he called for a 135lbs title shot against the winner of the upcoming UFC 259 title fight between champion Petr Yan and challenger Aljamain Sterling, the only man to beat Sandhagen inside of the Octagon.

Of course, while Sandhagen might be deserving of the title shot on paper, we know that’s not how things always play out in the Octagon when it comes to giving out the title shots. In the case of the UFC bantamweight division, White has already said that former champion TJ Dillashaw could be in play for an immediate title shot after missing the last two years with injuries, and Yan has admitted that he is interested in that fight, as well. But not if Sandhagen has a say. By going in there and KOing a legend like Edgar in the fashion he did, it’s hard to deny “The Sandman” at this point.

What do you think Dana White and the UFC matchmakers will do next after seeing Cory Sandhagen KO Frankie Edgar?