Dana White spoke to reporters following the conclusion of tonight’s UFC Vegas 16 event where he discussed the release of Yoel Romero.

“Yoel Romero’s UFC run has come to an unexpected end. Romero and the promotion have parted ways, multiple sources told ESPN. Romero’s manager Malki Kawa also confirmed he is no longer under contract with the UFC. According to sources, Yoel Romero had three fights left on his deal.” – Helwani shared.

According to UFC President Dana White, Romero’s age and recent performances resulted in his departure from the promotion.

“We’re gonna go through some serious cuts here at the end of the year. Probably gonna have 60 cuts coming up before the first of the year. Yoel has lost four out of his last five. He’s over 40 years old.” – White said (via Marc Raimondi)

Yoel Romero has not competed since suffering a unanimous decision loss to reigning middleweight title holder Israel Adesanya at UFC 248 back in March. That particular performance from Romero did not sit well with Dana White.

Romero’s most recent victory came back at UFC 221 in February of 2018 when he brutally KO’d former middleweight champ Luke Rockhold. 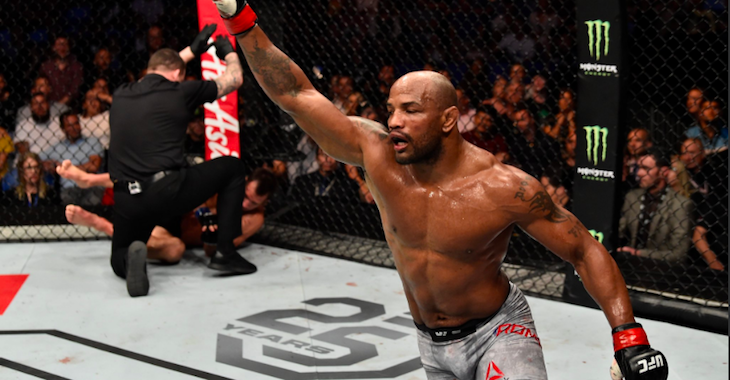 Yoel Romero will likely have plenty of options for his post-UFC career. Promotions such as Bellator, ONE, RIZIN and PFL are all potential suitors for the Cuban standout.

What do you think of Dana White’s comments regarding the UFC’s release of Yoel Romero? Share your thoughts in the comments section PENN Nation!