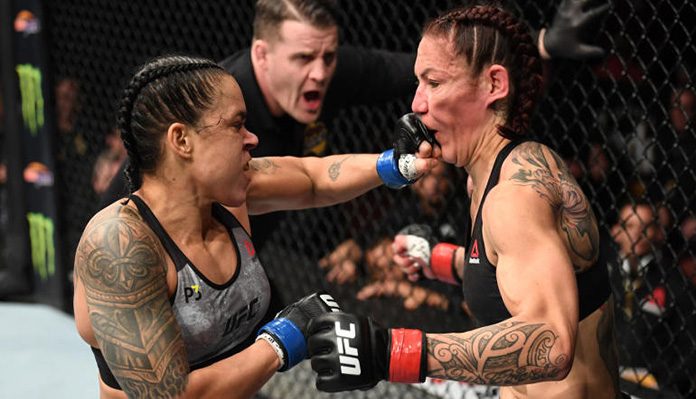 Cris Cyborg is no longer a member of the UFC after completing her contract and then being released by Dana White. With that, the possibility of the Amanda Nunes rematch seems unlikely.

Many wanted that fight to happen, including UFC president, Dana White, both fighters and now Cyborg’s coach in Jason Parillo. He says that is the only fight that makes sense for the former featherweight champion. ‘JP’ added that no other opponent or fight is an exciting option for Cyborg.

Now that she is a free agent, and the Nunes fight will most likely not happen, Cris Cyborg does still have options. She could re-unite with Scott Coker in Bellator and fight Julia Budd. Or, she could go to the PFL to try and win a $1 million dollars and fight Kayla Harrison.

Still, Jason Parillo believes those bouts are not nearly as exciting. But, as he mentions it is not up to him, and hopefully, Cyborg signs and fights again soon.

Do you wish Cris Cyborg vs. Amanda Nunes 2 happened? Sound off in the comment section, PENN Nation!